Why Naps Deserve a Spot in Your Self-Care Routine

After completing my first-ever indoor triathlon, I decided to do something radical: I took a nap. Now, this form of self-care may not be all that revolutionary to some, but for me—a self-proclaimed workaholic perfectionist overachiever—this simple feat was actually quite the accomplishment.

I don’t know why I’ve resisted naps so much. I think it’s because part of me has always equated my self-worth with how much I can produce—and it’s definitely led to burnout on more than one occasion.

But I wasn’t always this way. When I was studying abroad in Spain during college, siestas became a regular part of my routine. Siesta literally means “nap” in Spanish. While I was initially caught off guard by the country’s tradition of shutting down every day between 2 to 5 p.m., I quickly embraced the daily nap—and I was better off because of it.

For a self-proclaimed workaholic perfectionist overachiever, letting myself take a nap was actually quite the accomplishment.

The siesta is a form of wellness writer Gabrielle Hickmon perfectly captures in a recent article for domino. In her piece, Hickmon writes: “While adjusting to Spain’s way of life wasn’t easy, once I did, I found myself able to sleep at night, relax and unabashedly take care of myself without feeling guilty about it...Taking siesta every day has created space for my body and mind to restore themselves. I am more balanced, creative, and in-tune with what being healthy looks like for me as a result.”

I felt similar effects when I embraced the power of siestas—but, needless to say, I quickly returned to my non-napping norm as soon as I returned to the United States.

It’s a simple concept, relaxation. But why is it so hard? To better understand the life-changing magic of naps, I went straight to Tricia Hersey, otherwise known as The Nap Bishop. Hersey, a performance artist and activist, created The Nap Ministry back in 2018 as a way of reclaiming nap time and rest—a practice she feels shouldn’t come with guilt and shame.

“Grind culture has become the norm and we deserve better,” Hersey tells Shine.

I couldn’t agree more, but learning to let go is often easier said than done. Truth be told, before I took my post-triathlon nap, I thought about the to-do list I was abandoning: pitch stories, write newsletter, write blog post, query literary agents, respond to emails, do laundry, go grocery shopping, etc.

You cannot be your best when you have not had enough rest.

But, I remembered a quote from The Nap Ministry’s Instagram page: “You cannot be your best when you have not had enough rest.”

So I slept...for three blissful hours. And when I woke up, I felt like whole new person—refreshed, relaxed, and restored.

If you’re ready to welcome napping back into your life, Hersey shares a few arguments to help you reclaim your right to rest.

“When you reframe productivity and look where it’s coming from, you realize what you believe has been given to you by a toxic system,” Hersey says. “Napping is productive. When you lay down and rest, you’re respecting and honoring your body. When people realize what’s happening to their brain, there’s no way you can say napping is unproductive. Your brain is the seat of all productivity—it needs time to rest.”

And there’s science to back it up. According to the National Sleep Foundation, “Naps can restore alertness, enhance performance, and reduce mistakes and accidents. A study at NASA on sleepy military pilots and astronauts found that a 40-minute nap improved performance by 34% and alertness 100%.”

“Napping is productive. When you lay down and rest, you’re respecting and honoring your body."- Tricia Hersey, The Nap Ministry

Hersey says she blocks off an hour nap every day, usually between 2 to 3 p.m. "I may sleep for 30 or 40 minutes of it, and be in silence for the rest of it," she says.

The next time you feel the urge to power through, fight the temptation and remind yourself that a much-needed nap or break will help you get more done in the long run.

Rest Is a Form of Resistance

Black feminist writer Audre Lorde once said, “Caring for myself is not self-indulgence, it is self-preservation, and that is an act of political warfare.”

While it’s important to support causes you care about, it’s also vital to prioritize your own health and rest in doing so. For Hersey, rest and resistance are incredibly intertwined.

“Caring for myself is not self-indulgence, it is self-preservation, and that is an act of political warfare.”-Audre Lorde

“The Nap Ministry movement started with me paying reverence to my ancestors who were working on plantations like animals, being the mule of the world as a Black woman,” Hersey says. “The world doesn’t want Black women to rest; it want us dead, if you want to go there. I said, ‘I will rest for you, I will never forget and I will never let anyone else forget. You deserve a space to rest and I want to prepare it.’”

It’s a Form of Soul-Care

“Self-care has been co-opted. You go and buy expensive bath products, but when someone says take a nap, you feel guilty,” Hersey says. “There’s so much talk about self-care, but we can’t get to self-care until we get to some soul-care.”

Next time you feel the urge to take a nap, give yourself permission to give in. And if that “But I’m not being productive” guilt creeps in, remind yourself of Hersey’s take on rest: “This is spiritual deep healing. You’re a divine being. You are enough.”

“There’s so much talk about self-care, but we can’t get to self-care until we get to some soul-care.”-Tricia Hersey

Your body (and brain) will thank you when you wake up.

Read next: 4 Tactics to Help You Slide Into Sleep a Little Easier 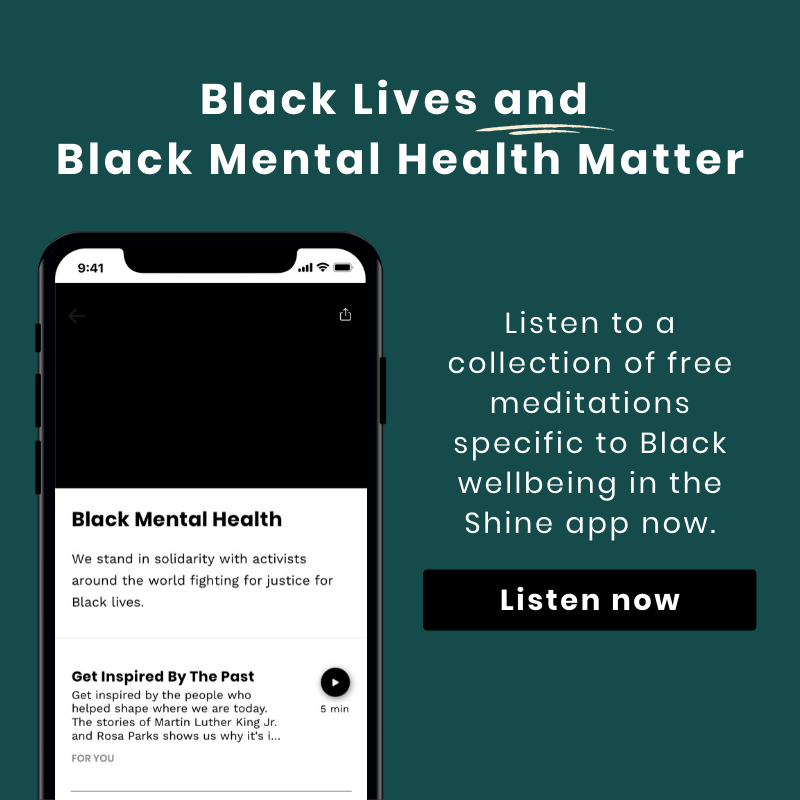