The Better Way to Answer 'How Are You?'

"How are you?” “Good, how are you?” “Fine.” Ever have an interaction like that? For most Americans, it’s an everyday conversation that plays out at work, at home, or even at the grocery store. For me, it happens daily. My roommates or friends will ask me the question, and I’m always ready to respond with a “good” or “fine.”

I never thought much about the question until recently, when my former roommate, Andrea Subirana, pointed out that most Americans don’t expect any other response to “How are you?” than “good” or “fine.”

Subirana, a 21-year old international student studying engineering, grew up in Santa Cruz, Bolivia. When she came to the U.S., she told me she specifically had to learn the art of the “How are you?” dance. While learning English, she says she read on one website that “How are you?” is nothing but a conversation starter—not a true inquiry into a person’s feelings. The website suggested she respond to the question with a “fine” or a “not bad,” not how she's actually feeling. Before she started school, university staff also made a point to tell her that Americans would ask "How are you?" a lot, and they typically didn't want a literal answer. It's something she learned firsthand, too.

“Sometimes I’ve answered 'not good' [to the question], and people didn’t listen to me,” Subirana told me. “People don’t know how to react when someone isn’t doing good.”

As I talked with my friend, I couldn’t help but wonder how treating this phrase as a nonliteral question could affect Americans. If we’re taught as a culture to only be great, OK, or fine when someone asks how we're doing, how will we ever have a real conversation around our emotions?

If we’re taught as a culture to only be great, OK, or fine when someone asks how we're doing, how will we ever have a real conversation around our emotions?

It’d be one thing if all we ever felt was "good" or "fine," but that’s not true. Researchers from UC Berkeley recently found we have 27 different categories of emotions. These categories range from disgust to triumph to envy.

It's often hard to break from the "fine" and "good" to define how we're actually feeling, but studies show it's a valuable skill in the long run. One benefit of naming our feels: It can help make negative emotions feel less intense.

Matthew Lieberman, a psychology professor at UCLA, calls naming our emotions “affect labeling,” and he defines it as “the process of forming a clear and distinct idea” of an emotion. Lieberman co-authored a study that looked into how the brain benefits from affect labeling. What the researchers found: Subjects who labeled their feelings could better manage their negative emotions than those who didn't label their feelings.

When we define our emotions, we strengthen our ability to accept our emotions, too. Another study, also co-authored by Lieberman, showed that when we name our emotions, we turn them into something to scrutinize rather than just something we experience. In doing so, we can disrupt the intensity of an emotion and better accept it without engaging with it. "You acknowledge that you’re feeling anxiety, but you don’t get stressed about it," Lieberman told the Dana Foundation.

And accepting our emotions—both the good and the bad—can help us build emotional resilience. When researchers from Yeshiva University looked into traits shared by those who lived to be 100 years old, they found that a healthy sense of emotional expression was a key personality trait of those who lived to see old age. That means they were able to express emotions openly and didn’t bottle up the bad ones.

The benefits of defining our emotions are pretty clear. Interested in getting more vocal and specific about your feelings? Here, three tips on how to do it.

If defining your emotions feels difficult, visuals can often help you determine what you're experiencing. Just as doctors have used the Wong-Baker FACES scale to help patients communicate their pain levels for years (on a scale of one to 10, how much does it hurt?), there are visual tools out there that can help anyone determine their emotional standing.

One such example: the Mood Elevator. The Mood Elevator was created by author Larry Senn, and it's used by business firm Senn Delaney in order to help employees better communicate their feelings at work. The elevator visual lists a wide range of emotions, with grateful, wise, and insightful at the top, and angry, hostile, and depressed at the bottom.

This is the Mood Elevator which @senn_delaney uses to help people describe how they're feeling in life and in work.https://t.co/pvMdsBXMV4 pic.twitter.com/Nz7dJsgscz

Beyond offering a range of words to help you describe your feelings, the elevator also can also show you what the closest related emotions are to your current state. For example: If you’re currently feeling impatient and frustrated, you’re closer to feeling appreciative than you are to being completely burned-out. When put in perspective like this, your emotions might not feel as confining. Emotions can be hard to define because they’re mostly invisible. Think about it: You can see a bruised knee, but you can’t always clearly see someone’s hurt feelings. But as psychologist David Caruso explained in an interview with The Atlantic, there are some subtle physical signals that can at least clue you in on how you’re feeling.

As an example, Caruso says you can notice signals “like tension—I feel my jaw is tense, there’s tension around my eyes. Am I worried, am I anxious, am I angry?” In his interview, he said that once you connect the signals to an emotion, the next step is to ask yourself what the possible causes are for that emotion. Perhaps you’re running late to something, the morning traffic triggered some anger, or you read an emotionally-taxing news story recently.

Emotions can be hard to define because they’re mostly invisible.

Caruso says that once you know what caused your emotions, you can get better at managing them. You also can then better communicate how you're feeling.

For example: If you notice that morning traffic has you stressed, you can share that with your desk mate at work by saying something like, “If you notice I'm irritable this morning, it’s because my commute traffic was stressful. Hopefully I’ll calm down after lunch.”

By giving a clear emotional label and the reason behind it, it helps those around you better understand your behavior and mood. This way, nobody’s going to be whispering in the break room about what got under your skin or misinterpret that they were the ones who made you feel that way in the first place.

3. Practice Having the Conversation For some people, discussing their emotions can be as frightening as public speaking or confronting a major fear. To get comfortable with conversations about emotions, practice having those talks.

“Start with someone you know,” Caruso told The Atlantic. “A trusted colleague, friend, or something like that. Start at a low level of intensity. Not when you’re truly enraged, but when you’re mildly irritated.”

If having a conversation still seems out of reach, Caruso said you can also try taking a video selfie of yourself expressing your feelings (think: like a reality star in confessional booths). When you hear and see yourself on screen, it might help you can evaluate how you actually feel and help you better communicate your emotions.

If the emotions feel too strong to communicate, Caruso suggests counting to 10 and then assessing your actions or decisions. After you calm down, try using specific vocabulary to help others clearly understand where you’re at. After learning about the benefits of defining our feelings, I decided to try my own emotional experiment: I vowed to truthfully answer "How are you?" for an entire week. I wanted to see if I answered truthfully about my stress or anxiety, would people listen? Or, would they carefully ignore my honesty and move on?

When my family called and I answered their "How are you?" with "anxious," they actually helped me address my concerns head on and in a helpful way. Instead of telling me to destress by going for a run or getting good sleep, they were able to give me advice on my specific situation.

The same thing happened when I met up with an old friend for coffee. By using specific language (“I’m nervous about missing my upcoming flight abroad”), I was able to talk about limiting my unnecessary “what ifs” and focus more on the positives up ahead.

But being honest about my feelings didn't work in all scenarios. When I arrived to that coffee shop to meet my friend and the barista asked me, “Hi! How are you?” at the counter, the last thing that felt appropriate was to give him an honest answer.

“Fine, thanks!” I said before placing my order.

Americans will probably always use the "fine" greeting for those quick, everyday interactions. But I found that those go-to automated responses should only be used then. When it comes to talking with friends, family, or coworkers, let’s get real, specific, and honest. The benefits and the real talk starts there.

Read next: The Freedom of Asking for What You Need 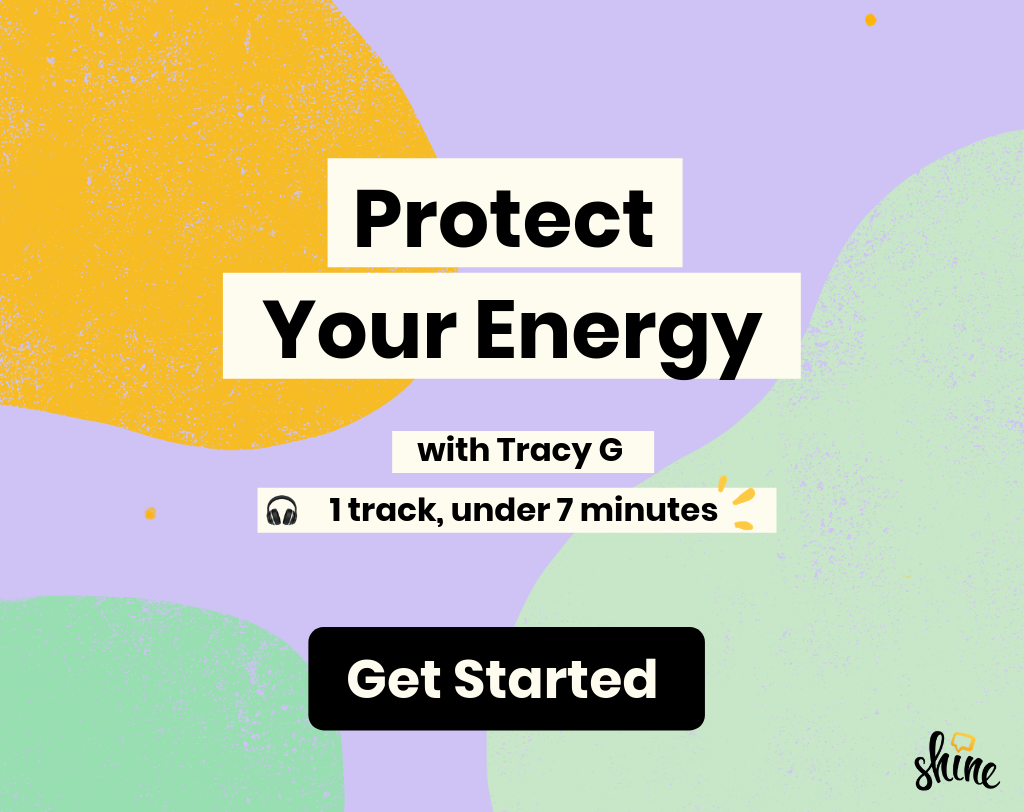