Need a Motivation Boost? Start Celebrating Before *Everything* Is Finished

Ever sit down to complete a long to-do list, only to fizzle after knocking out a few items? We get it. It can be hard to push yourself through a long list of tasks, particularly when the payoff—say, a Friday night pizza date—seems so far away. The solution: Rewarding yourself right after a win—even if you’re not done with everything.

A recent study found that receiving an immediate reward, such as treating yourself to an iced coffee after you’ve reached inbox zero, can boost a person’s sense of motivation.

A recent study found that receiving an immediate reward can boost a person’s sense of motivation.

Researcher Kaitlin Wooley and her team carried out five experiments, each looking at how the proximity of a reward to a goal impacted motivation. They were surprised by what they found: Rewards given immediately after a goal was met were significantly more motivating than the promise of a reward weeks or months after a completed task.

Take one study, in which participants identified differences between two images. Some were promised a financial bonus immediately after completion, while others were to receive a bonus after a month. The high of an immediate bonus led to a nearly 20 percent increase in the amount of people who stuck with the task after the reward was given, as compared with those who expected a delayed reward. Translation: Don’t wait until the end of the week to treat yo' self—do it now.

Don’t wait until the end of the week to treat yo' self—do it now.

“The idea that immediate rewards could increase intrinsic motivation sounds counterintuitive, as people often think about rewards as undermining interest in a task,” Woolley told the Cornell Chronicle. “But for activities like work, where people are already getting paid, immediate rewards can actually increase intrinsic motivation, compared with delayed or no rewards.”

An immediate reward, explains Wooley, strengthens the mental association between the task and the outcome. “If you have a hobby—say you like to knit or quilt—the process itself is enjoyable, it’s intrinsically motivated. You’re doing it just for the sake of doing it, rather than for the outcome.”

Immediate rewards can make other work seem more enjoyable—or at least more worthwhile. Like the study participants, you might find that your iced coffee “reward” will help you keep up the work—aka tackling the rest of your tasks—even after you’ve finished sipping.

The research was framed within the context of company bonuses, but that motivation boost carries through all sorts of tasks.

Here, simple ways to treat yourself as you go.

Take a page out of Jerry's book. The breakout star from Netflix's hit cheerleader documentary Cheer is known for his pep talks, called mat talk.

"It's basically giving encouragement to anyone who's on the floor with you," he explained on The Ellen Show. "Basically, letting them know that you have someone that's looking out for you and wants to be there for you and that you're not alone on the floor."

Take a page out of Jerry's book and give yourself some mat talk to honor small wins you've collected in the past and pump you up as you take on your goals or try new things.

Let’s face it: Chaining yourself to your desk until you complete a task never works. Science shows that your mind wanders after a certain amount of time, and that lack of movement doesn’t do your work any good.

Next time you sit down to bang out a few dozen emails, follow the Pomodoro method: Set a timer for 25 minutes. When the alarm sounds (or vibrates), take a quick walk around your workspace.

Stretch your legs, clear your mind, then get back to work.

When I finish a writing assignment, I like to reach for an apricot La Croix sparkling water before I start on whatever’s next—it’s just indulgent enough to feel like a treat, without draining my bank account (or putting me in a sugar coma). The familiar flavor is satisfying, and puts me in a good mood as I get back to work.

4. Jam Out While You Work

Hate cleaning up your space? Try strengthening your mental association with the chore, as Wooley explains in her knitting example.

Don’t wait until you’re done to have fun: Play music while you wash dishes, or dance while you vacuum. Linking the work with something fun may provide the motivation to power through.

If you thrive on approval from your boss, try finding a buddy to give similar feedback.

Check in with a coworker and exchange status updates after you complete a task, or give a friend a glimpse of your half-finished art project. Their approval shouldn’t be the only thing keeping you going, but it can provide a quick sense of pride and purpose.

After a big deadline or tough project, reward yourself by calming your body. If it's in your price range: A massage can help soothe nerves. Or, run a hot bath instead. Soaking in warm water releases endorphins, which help you feel good—and mentally link a completed task with happiness.

Find a mini reward that works for you—then, get to celebrating your wins along the way.

Read next: 5 Ways to Put Self-Love Into Action) 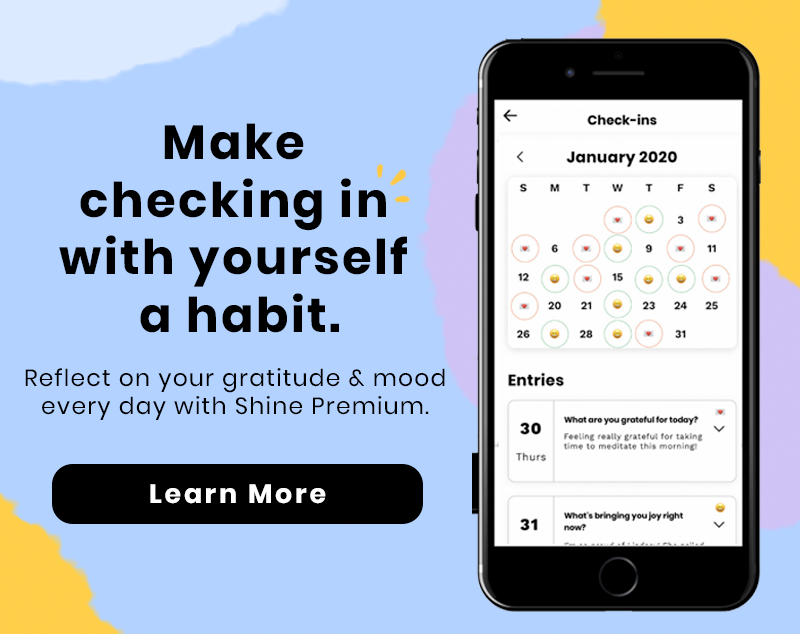