How to Make Decisions From a Place of Hope Not Fear

Recently, my husband came home to find me sprawled across our bed lamenting life. Late last year, we’d made the joint decision that we’d start trying to grow our family in 2019. But, in a very L’Oreal move, I’d spent the last half hour or so scrolling through social media reading story after story about women who’d experienced infertility and miscarriages. I’d convinced myself we were destined for the same fate.

I was making a decision out of fear, not hope.

Are my husband and FLOTUS on the same wavelength? I’m not sure, but there seems to be some scientific evidence behind their advice.

According to Psychology Today, our brains are hardwired with a negativity bias. As Christopher Dwyer, Ph.D, writes: “When we make a decision, we generally think in terms of outcomes—either positive or negative. The bias comes in to play when we irrationally weigh the potential for a negative outcome as more important than that of the positive outcome.”

Put simply: As humans, we don’t like to lose—so, we opt not to go for it at all. We get so caught up in the “cons” that the “pros” rarely have a chance to influence our decisions.

Faced with a tough decision? Here are some quick tips to become a more positive decision maker:

Yes, yes, I know. I just told you that we’re naturally inclined to negativity bias. But what if you tried the opposite?

In Tali Sharot’s TED Talk, the cognitive neuroscientist makes the argument that people with high expectations tend to feel better. This “private optimism” that she describes is less about believing that everything will turn out for the best, “but rather that we have the unique ability to make it so.”

Weigh the Pros—Not Just the Cons

If you’re a list person like me, it can help to rank your potential outcomes. But according to Sharot, “the pure act of anticipation makes us happy.” Indeed optimism acts as a “self-fulfilling prophecy.”

“Controlled experiments have shown that optimism is not only related to success, but it also leads to success,” Sharot said. “Optimism leads to success in academia and sports and politics. And maybe the most surprising benefit of optimism is health. If we expect the future to be bright, stress and anxiety are reduced.”

'Controlled experiments have shown that optimism is not only related to success, but it also leads to success.'- Tali Sharot, Ph.D.

When working with a career coach a couple of years ago, she walked me through a visualization exercise to envision my life and career in 10 years. What I imagined: I was 40 years old living in a townhome in a big city with my husband and our two kids.

When I’m faced with a tough decision—particularly one that could impact that vision—I try to root my decision in how it either helps or harms my future self.

Swapping negativity bias for optimism bias isn’t all rainbows and sunshine. Sometimes, life deals you pretty crappy cards and there’s nothing you can do about it.

But if you’re able to balance your negative thinking with a dose of optimism, well then, you’re simply reclaiming your decision making from fear—and flexing your hope.

Read next: The Marie Kondo Method For Tidying Up Your Mental Clutter 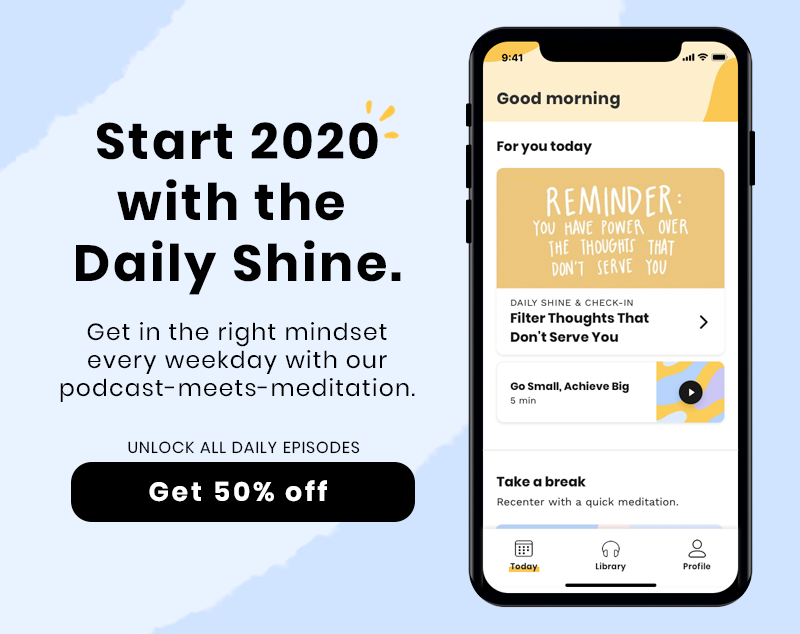