How Mindful Running Helped Me Find Myself

Alison M. Désir
Listen to a preview of the Running Daily Ritual track, and hear it in full in the Shine app.

My running journey began 7 years ago, which seems both like a lifetime ago and just the other day.

I was severely depressed and feeling worthless when I happened upon a friend’s marathon journey on Facebook. In it, he was describing the transformative power the experience was having on his life—the kind of experience I craved—and I couldn’t get it out of my head.

I watched his journey week after week as he was running distances more than I imagined possible for everyday people, and I wondered if I would be able to do anything so seemingly impossible.

This was in 2011, and it took a full year before I finally convinced myself to start running. It was January, and all of the momentum from watching my friend’s marathon journey, the "fresh start" mentality of the new year, and the continued feeling of being “stuck” in my life finally came to a head.

I knew that the next year would go by whether I took action or not—so I decided to act. I signed up to run my first marathon and was given a marathon training plan that would end up changing my life.

But the first few runs were terrible.

Sure, back in high school I was a competitive track athlete. But that was years ago, and I had to come to terms with the fact that I was out of shape and ill-prepared.

I recall getting that metallic taste in my mouth on several of those early runs and feeling embarrassed by my pace—but I always felt more accomplished when I finished than when I started each run.

During my first 5K, I remember being uncertain of how many miles it was or what it would feel like—but I was desperate for change. My greatest fear was that I would be the only person unable to finish. I surprised myself by finishing more confidently than I expected, thanks to the support of other runners beside me. And that same spirit carried me through my first marathon.

Today, running—and movement more generally—is now a central focus in my life. A year after completing my first marathon, I founded Harlem Run, a movement dedicated to empowering urban communities to get fit.

What started with me showing up alone every Monday has grown into a supportive community of runners, walkers, and run/walkers, with up to 200 people showing up on any given Monday or Thursday night in Harlem.

But to get to where I am today was a journey.

If you're ready to start moving more, here's what helped me make it a habit and part of my self-care routine.

Take It One Step At A Time

For that first marathon, having a plan helped me in several ways. It broke down what otherwise seemed impossible—running a marathon—into much smaller pieces that I could tackle one day at a time.

I wasn’t expected to be a marathoner on day one. Instead, I was asked to do totally reasonable short distance runs as I built up my endurance, both physical and mental.

This concept of breaking down difficult/impossible goals into smaller steps has come to be a technique I use regularly outside of running as well.

If you’re just getting started, I recommend first assessing your current level of fitness.

Can you run for a mile straight?

Do you prefer to run/walk?

Are you currently a walker?

Wherever you are is right where you need to be, and this honest assessment will help you pick the plan that works for you.

Try to commit to getting outside for 1 mile a day or 10 mins a day (minutes can be less intimidating than miles) and then go for a local 5K.

Couch to 5K plans are a great training plan to start with and can be tailored based on your starting point. I’ve found that once you accomplish that mile and then 5K, you’ll soon realize that most things are within your reach if you attack them one step at a time.

I’ve found that once you accomplish that mile and then 5K, you’ll soon realize that most things are within your reach if you attack them one step at a time.

Stay in the Here and Now

My marathon training plan also helped me remain in the present moment.

Each day, for 16 weeks, I had a run or physical activity to accomplish—including rest—that needed to be completed as best I could to proceed to the next step. I couldn’t focus on tomorrow’s workout today and, if I missed today’s workout, I couldn’t make up for missed time.

Focusing on the here and now became a focus on each of my runs. I found it easier to ignore the rumination and debilitating thoughts when I was running—especially since thoughts felt the heaviest when I was still and alone in my apartment.

Pay Attention to Your Breathing

One of the simplest techniques I learned in the early days and continue to use now is using my breath to guide my workout.

Are you huffing and puffing and having a difficult time catching your breath? Slow down unless you’re doing a speed workout.

Are you able to maintain a conversation? That's the goal with your basic run—aim to stay here.

Much like with yoga and other forms of movement, listening to your breath provides you with feedback about your body and can lead you into a meditative state.

Get Moving, No Matter How Hard

I often say that I don’t always feel like exercising, but I never regret it when I do.

I often say that I don’t always feel like exercising, but I never regret it when I do.

Running has become my most valuable problem solving technique while also pushing me way outside of my comfort zone. But I'd be lying if I said I always enjoyed it.

Running can be extremely difficult, painful, but it’s never something I regret doing. Knowing that I can do really difficult things (like tackle distances from 5Ks to ultramarathons) reminds me that I am resilient—and that’s a quality that shows up in my professional and personal life as well.

Getting intentional about staying active is one of the most powerful choices we can make for our own self-care.

Getting intentional about staying active is one of the most powerful choices we can make for our own self-care.

The Harlem Run community has encouraged and led to all types of individual and social change, from weight loss and improved blood pressure and cholesterol readings to thousands of dollars raised for community organizations.

Running has also been a space of activism, like through Run 4 All Women, an organization aiming to empower women to be the change they seek.

Launched in response to the 2016 elections, Run 4 All Women has become an international movement that uses running as a vehicle for social change and has raised nearly $200,000 for Planned Parenthood.

Running has connected me with a far-reaching diverse community of people who are all committed to self-improvement and building together.

Most of all, running has taught me to slow down and look inward and explore my relationship with myself; it has become a form of embodied movement where I am able to be fully present and engaged, responding to what’s in front of me and what I’m feeling at that very moment.

Take it one step at a time, and I hope you find running does the same for you.

“Getting intentional about staying active is one of the most powerful choices we can make for our own self-care."Get grounded before you run with athlete, activist, and mental health counselor Alison Desir. 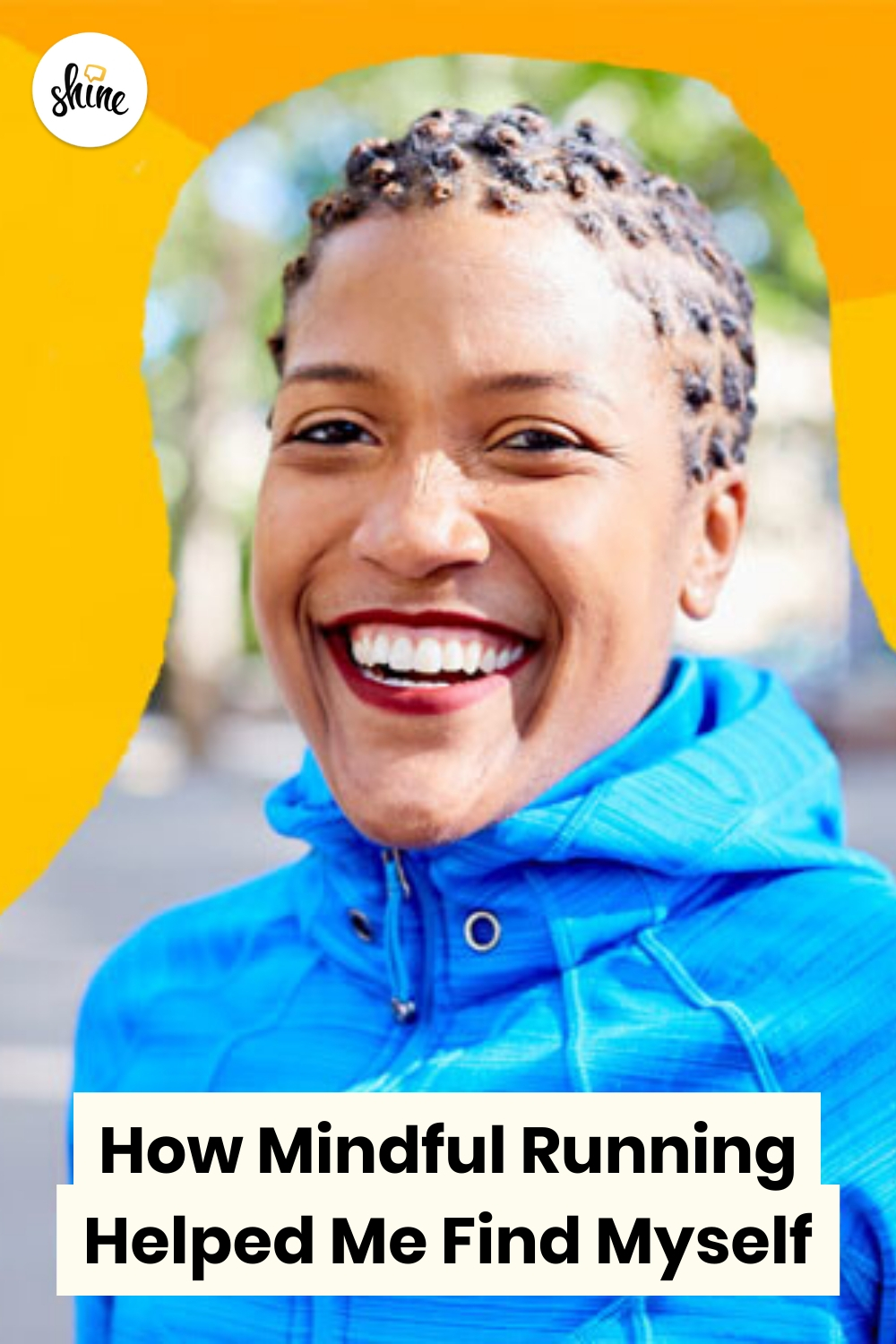 Alison M. Désir
Alison M. Désir is a endurance athlete, activist and mental health counselor who founded NYC-based running movement Harlem Run and Run 4 All Women, an initiative that raises money for Planned Parenthood. You can listen to her podcast Finding Meaning (On the Run) and keep up with her on Twitter and Instagram.
Start your self-care ritual today
Listen to daily meditations and discuss how you’re practicing self-care with a supportive community.
Download now