3 Ways to Cope When Someone Makes You Feel 'Othered'

I can still remember one of my most glaring experiences of being “othered” at work.

I had just started out as an account executive at a firm in downtown Chicago.

Everyone was friendly enough during my orientation and within the confines of our shared office space—that is, until it came time for their daily coffee ritual.

One by one, I watched as they asked one another if they were ready to run down to the coffee shop downstairs. One by one, they agreed.

After about a week, it occurred to me why I was being excluded: In addition to my “newness,” there was a difference between me and my new colleagues.

I was the only Black woman in the entire company.

Some might argue that it was forgetfulness, not outright inconsideration, fueling my office mates’ homogenous coffee run. But I’m convinced that isn’t the case because of the way I eventually “won over” the caffeine clique.

Instead of asking if I could join them or displaying any outward hurt at not being invited, I made it my business to befriend others outside the department and made a great show of the fun I was having with them.

It wasn’t too many more days before my once “absent-minded” colleagues began inviting me on their ‘Bucks adventures.

I had proven my “normalcy.”

We became work friends and my inbox was soon overflowing with invites to after-work drinks, lunchtime shopping breaks, housewarmings and, eventually, weddings.

I wish I could say this was a rare incident, but it was far from the last occurrence of its kind. In my later years there, I experienced other odd encounters, including with a White male co-worker who assumed I had grown up without a father, despite a picture of said father displayed proudly on my desk.

About five years later, at a different company, a colleague from a different department introduced himself to me at a happy hour with a meandering story about a plantation-themed party he had attended at least a decade ago. He clearly struggled to relate to me—and failed miserably.

The act of othering is prevalent in the workplace, with recent research from LeanIn.org and McKinsey & Co. revealing that 64% of women are subject to gender-based microaggressions—and the number is even higher for women of color and members of the LGBTQIA+ community.

The act of othering is prevalent in the workplace and beyond.

It’s so baked into pop culture that it got the animated treatment in a recent Pixar project, “Purl.” The adorable short centers on a ball of yarn, pink, fuzzy and full of hope who joins a financial firm.

Purl, who embodies being (literally) of color and female, finds herself surrounded by “frat bro” archetypes who at first gawk openly at their new crocheted co-worker, before freezing her out or openly mocking her ideas.

Purl responds by literally remaking herself to fit in, re-knitting her round body into a rectangle with pointy edges to emulate a man in a pinstriped suit.

But she stops short of assimilation when a new co-worker, a yellow ball much like her original self, joins the team and is immediately shunned by the bro’ hood. This moment snaps our protagonist out of her trance and, spoiler alert, the short ends on an upbeat note with even more “Purls” joining the corporate culture.

But very few of us are living that Pixar life.

So, if you find yourself the “only one” in your office environment as I have more times than I care to count, here are three tips to help you survive, thrive and, most importantly, take up the space you’re due. Because the bottom line is you belong there—microaggressions do not.

The bottom line is you belong there—microaggressions do not.

I recently rejoiced at the advice of a diversity consultant, fed up with co-workers touching the hair of their POC colleagues.

And let me add to that if you feel emboldened, step back from those grubby, grasping hands with a firm statement on the order of: “Do you touch everyone’s hair that you meet?”

There’s no need to apologize for the innate desire to meet with your peeps and bond over shared experiences.

Trade best practices, gripe about mistreatment, and brainstorm ways to make things better. Most importantly, like our heroine Purl, never let "unicorn syndrome"—or the feeling that you're in it alone—tear those important bonds asunder.

3. Be Vocal About the Value of Other Perspectives

Those of us with a seat at the table or even a spot in the room can be helpful in advocating for the inclusion of more perspectives.

That could mean volunteering to be part of interview panels, pointing out in brainstorming meetings when another type of voice could be helpful, or sending around articles containing thought leadership around diversity.

I’m all for finding diplomatic solutions, but the Good Ol’ Boys network is strong and won’t be dismantled by gentle suggestions. As I learned in my career, there’s another way to deal if the coffee crew won’t let you in: Start your own squad, one that celebrates—not ignores—the beautiful things that make you different.

Read next: Why We Need to Talk About—and Recognize—Representation Burnout 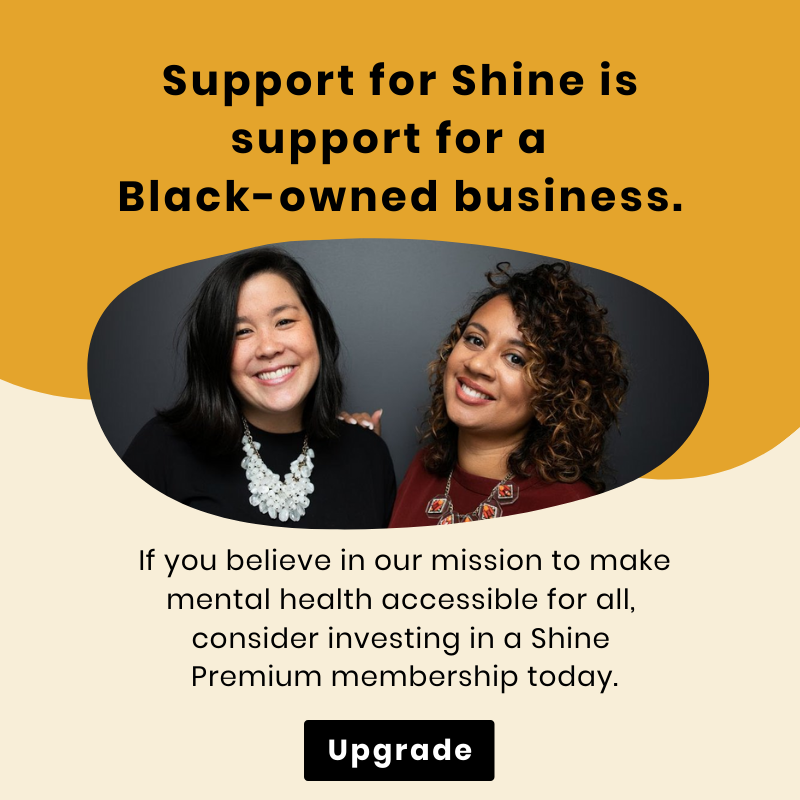 Kyra Kyles
Kyra Kyles is a long-time media executive, public speaker, and former Editor-in-Chief at EBONY who currently works in the nonprofit sector advocating for diversity and inclusivity in storytelling.
Join the Shine Squad
Get real-time advice, lift up others, and feel connected to kind, motivated people across the world.
Join and Get 40% Off