Why Color Psychology Deserves a Spot in Your Self-Care Routine

It’s in the clothes we wear, the food on our plates, and the photos we post to Instagram.

For the most part, the hues we see are out of our hands. But when it comes to creating your own space, color provides an opportunity, says psychologist Sally Augustin, Ph.D., founder of Design With Science. Whether it’s adding a picture to your desk at work, taking a paint roller to your bedroom wall, or getting dressed in the morning, opting for one color over another can help you take control of your mood, your creativity, and even your serenity.

Opting for one color over another can help you take control of your mood, your creativity, and even your serenity.

Understanding how color impacts our mood, thinking, and behavior—a study called “color psychology”—begins with understanding color itself. “Color has three elements: saturation, brightness, and hue,” Augustin tells Shine. “Hue is the name we give to sets of wavelengths, and we often have cultural associations to hues that influence our response to them. But there are some fundamental responses that seem to be common among all people.”

Saturation (how true a color is to its full version) and brightness (how light a color is) can also influence emotions. “We find it relaxing to look at colors that aren’t very saturated but are very bright, like a sage green,” Augustin says. “A color that’s more saturated and less bright—like a Kelly green—is more energizing.”

You are not your anxiety—but you're not alone in feeling it. Push through worry spirals with the 3 Days to Quieting Anxious Thoughts challenge, now available in the Shine iOS and Android app. Here's a sneak peek:

While select hues trigger universal responses, the way we react to most colors is learned—either from our culture or personal history. Augustin points to the colors black and white as an example. In the west, we traditionally associate death with the color black. (Think of funeral garb, hearses, and traditional black veils.) In much of Asia, however, it’s white that signals death. An American is likely to associate a white dress with a wedding, while someone in Nepal, for instance, might associate it with a funeral.

The way we react to most colors is learned—either from our culture or personal history.

Color experiences get even more specific once you factor in your childhood. “You can have all sorts of associations to hues that you can build up due to personal life experiences,” Augustin says. “If your bedroom as a little girl was violet and you had lots of fun times with your friends there, you might have a soft spot for that color.”

But if your room was painted a certain shade of pink during the year your parents were divorcing, for example, you might find you have an almost visceral aversion to the color.

Colors become a tool, Augustin says, when you understand how certain hues make you feel and use that knowledge to incorporate them into your life. The next time you need a mood boost, surge of creativity, or minute to relax, seek out colors that elicit those feelings. And if you find yourself gravitating toward a certain paint color, or article of clothing, embrace it. “Think about your own experiences of color and be true to those experiences,” Austin says.

If you need a little guidance, though, here’s where to begin.

Augustin says catching a glimpse of something red tends to trigger the same reaction in most people: “When you look at the color red, you get a burst of strength,” she says. “If you were weightlifting, it would be good to be staring at a wall that’s red. Not so much for long-term physical actions, like playing tennis, but for something that requires brute force.”

“When you look at the color red, you get a burst of strength."- Sally Augustin, Ph.D.

One study even found that when people viewed others against a red background, they found them more attractive than when viewed against a background of another color. Have a first date coming up? Maybe go with a red shirt or bright red lipstick.

That said, seeing red isn’t always a good thing. “Seeing the color red seems to degrade our analytical performance,” Augustin says. You might want to keep it away from your desk at work, and avoid wearing red clothing on days that require deep thinking.

“Green is a color that seems to be special to us,” Augustin says. It’s not exactly clear why that is, though Augustin suspects it has to do with springtime greenery after a long winter—an association our ancestors might have made.

“When we saw things that were green, maybe it meant we had more to eat and could relax a little bit,” she says. “It can’t be directly proven, because you can’t roll back time, but a person looking at shades of green might think a little more creatively than a person not looking at those shades of green.”

Augustin suggests incorporating green into a workspace to boost brainpower, or even adding a verdant plant to your desk. Just avoid cacti: The spiky desert dwellers typically have the opposite effect.

Yellow is tricky, Augustin says—most don’t like it, though those who do really love it.

For those who prefer yellow, the color might be soothing and hold positive memories. But avoid anything that looks like bile (think: that ‘70s green couch), Augustin says, since the shade often has negative associations: “We really, really hate that yellow-green color.”

“Orange is associated with good value,” Augustin says, who points to the DIY leader Home Depot as an example. If you’re having money anxieties, opting for orange decor or clothing might help you feel a little more in control.

“Our culture associates blue with credibility and trustworthiness, all sorts of positive things,” Augustin says. Think of blue bank logos, for example. “It’s unclear why we have this positive response to blue, but (perhaps it’s) because, when the sky was blue, things were generally going better for us. And a water hole, from a distance, looks bluish,” she says.

“Our culture associates blue with credibility and trustworthiness, all sorts of positive things."-Sally Augustin, Ph.D.

Seek out blue hues if you need a little stability or relaxation, and consider wearing something blue the next time you need to convince someone—or yourself—that you’re up for a task.

Read next: How to Practice Physical, Mental, and Emotional Self-Care 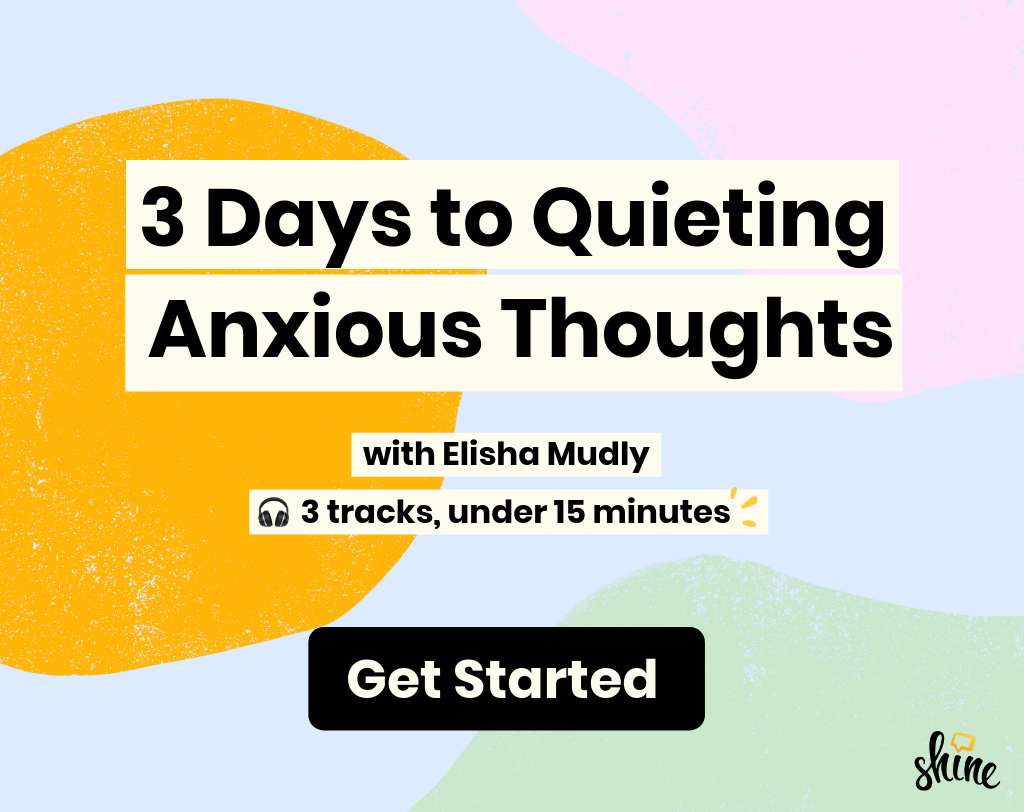