What to Do When You Feel Lonely In a Crowd

You’re at a party, busy office, or surrounded by friends at a restaurant when your stomach starts to curl.

You think: Nobody here really gets me.

The words coming out of your mouth start to feel nonsensical, spoken in a language only you understand. You’re surrounded by people, but all you feel is a crushing sense of loneliness.

In a world that’s more connected than ever before, we’re seriously struggling with feeling isolated. A new survey from YouGov reveals that millennials are the "loneliest generation," with Gen X and Baby Boomers coming in second and third respectively. According to the survey, one in five millennials say they have no friends.

That we’re all feeling alone together doesn’t make it any less devastating.

Share today's article with someone who loves making connections.

“At the end of the day, what we most want in life is to feel close to people,” psychologist Jenny Taitz, Psy.D., tells Shine. “Loneliness is one of the worst experiences people can have.”

We often think of loneliness as a product of being alone, but the two terms aren’t as intertwined as you’d think. “Loneliness has less to do with how many people are around you and more to do with your headspace,” Taitz says.

If you feel like people aren’t really seeing or understanding you, or you’re having a tough time identifying with people, it doesn’t matter how many bodies surround you or how many likes you’re getting on Instagram—you’re going to feel lonely.

“Loneliness has less to do with how many people are around you, and more to do with your headspace.” - Jenny Taitz, Psy.D.

While loneliness isn’t always bad, too much of it can start to erode your mental health, leading to feelings of depression and despair.

That sense of loneliness—and subsequent self-isolation it may trigger—has even been found to have physical health repercussions, too.

The good news: Loneliness can be controlled and overcome—even when surrounded by friends or chatting in a group text. The next time you start to feel those familiar feelings creeping in, here’s what to do.

The more people around, the more opportunity there is to compare yourself—and your level of connection—with others.

We look across the table and think, "That person looks happy," or, "That couple looks so close." We open Instagram and think, "Why don’t I have the kind of friends who go on road trips, or jet off to the Amalfi coast?"

“I think not judging or comparing—especially with social media—is key,” Taitz says.

You’re not the only one feeling isolated in that particular crowd.

The next time you find yourself caught up in the comparison game, think about what you do have. Maybe your S.O. is at home, just waiting to be filled in on the night’s details.

Perhaps your mom can always tell just how you’re feeling.

You might even find that you kind of enjoy people-watching without needing to keep up with the conversation. And, if nothing else, remind yourself that loneliness is incredibly common. Chances are, you’re not the only one feeling isolated in that particular crowd.

It’s easy for lonely thoughts to spiral: You realize that you’re feeling isolated, wish you were closer with the people around you, and soon you’re (emotionally) beating yourself up for being unlovable.

The next time the self-judgements start, hit pause.

“You can replace judgement with preferences,” Taitz says. Rather than thinking, "What’s wrong with me that I can’t handle big groups of people?" try, "I really prefer hanging out with friends one-on-one."

And remember, Taitz says: “Just because you feel this way now doesn’t mean you’ll feel like this forever."

Try Not to Take Slights Personally

We’re living in the golden age of canceled plans.

If you’re in a crowded bar or theater when your friend bails, try not to take the letdown as a sign of your own worth—or your friend’s.

“People take that personally,” Taitz says. “They think that person’s a bad friend, when instead, they just might not be good at sticking to plans.”

Nobody likes being alone in a crowd, but removing the shame and frustration might help you have a little more fun. Who knows—maybe you’ll even make a new friend.

Think of Your Loneliness as a Wake-Up Call

“Loneliness is a sign you care about closeness,” Taitz says. “It’s a good thing to use it as an alarm to inspire connection.”

Instead of isolating yourself even further, make an effort to connect with those around you, or reach out to friends about meeting up or chatting later that day.

If you notice loneliness around a certain time, like your birthday, suggests Taitz, make plans you’ll enjoy weeks in advance next year.

You can also use loneliness as a signal to avoid certain situations. “If you tend to notice it when you’re on Instagram, maybe social media’s exacerbating the feeling,” Taitz says.

ID’ing your loneliness triggers can put some of the power back in your hands.

Read next: Feeling a Little Lonely? Try Tuning Into the Present 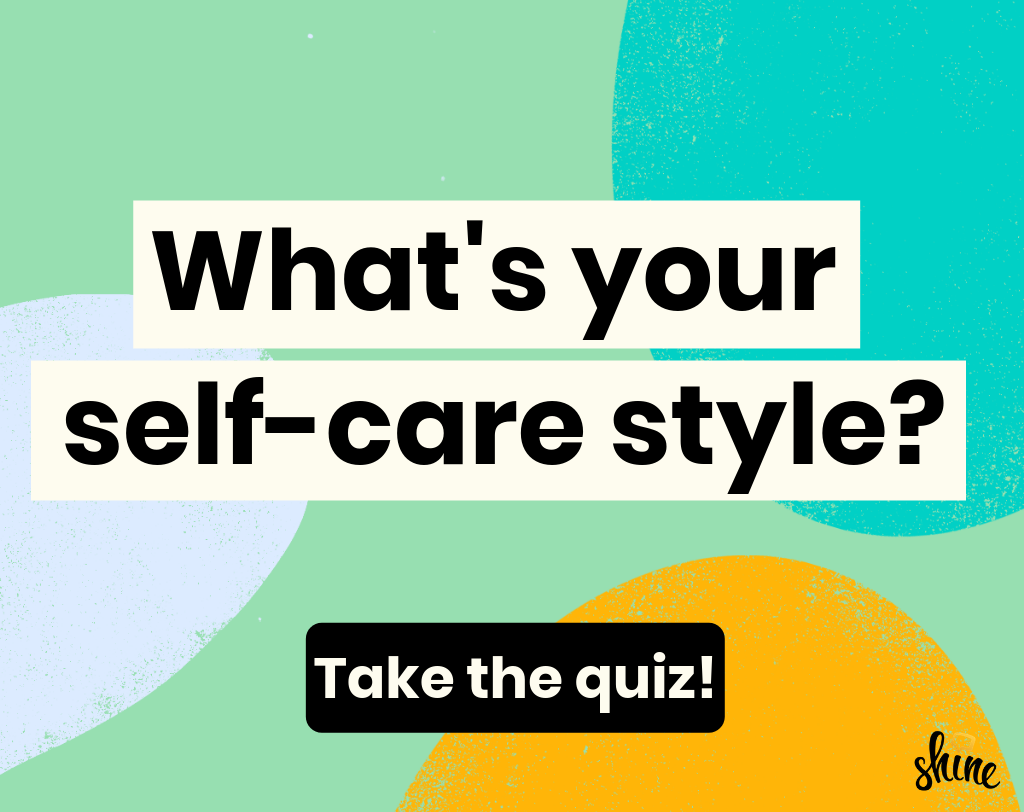