In Partnership With Timehop

Like so many of us, Carissa Parrish rolled over on a recent Monday morning and began her daily ritual of reviewing her email, catching up on Twitter and, her favorite part of her routine, checking her Timehop.

The app shows you everything from your Facebook photos from that party seven years ago to your super-professional work-related tweets from your first job. 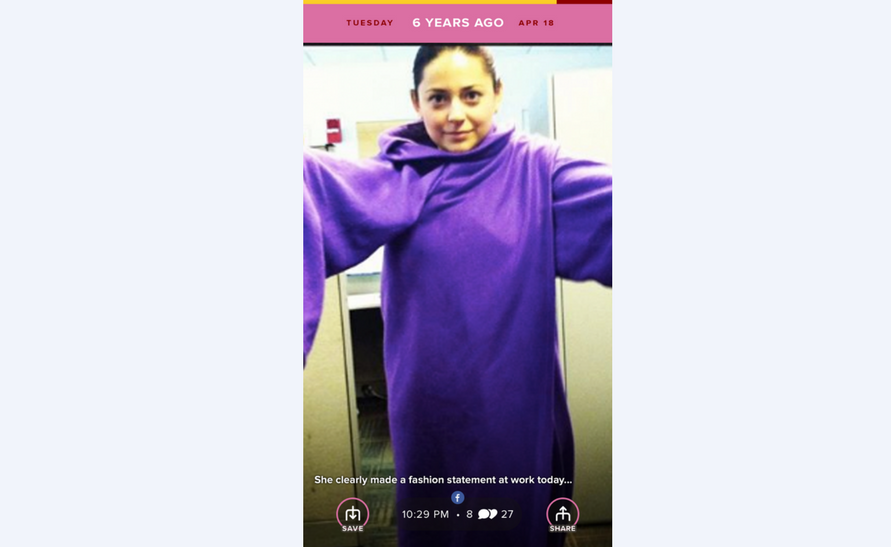 This particular morning, Parrish, 33, found herself looking at a memory that will never cease to make her cringe: a status about one of her first startup jobs, a place where she stood up for herself and asked for a deserved promotion and a raise—and got shot down.

It’s a worst-case work scenario come to life, and it happened a few jobs ago for Parrish.

“For some reason, revisiting that moment on my Timehop still makes me cringe a little, but it also makes me realize how much I’ve learned since then,” she says. “It was a moment I had to experience, and one that transformed my career and personal mission.”

#TBT to When My Boss Said ‘No’

Going into the awkward “I deserve a promotion” convo, Parrish felt confident: She’d worked at the company for a while, her original role expanded to include more responsibilities, and she had the most experience on her team. But her boss thought otherwise.

“I never expected the reaction that I got,” she says. “She called me brazen just for asking for a promotion and a raise.”

And it was clear that her use of the word was no compliment.

The moment stung—big time—and Parrish eventually left the company, seeing her growth cut short. But she walked away from the experience with a newfound mission: to only work at company’s who could see and recognize her true worth.

A few startups later, she’s now found her stride as an executive at the app that helps her keep her self-worth in check, Timehop. She works on a mobile app with a team of developers and engineers, handling partnerships for the company. “My 28-year-old self couldn’t have fathomed where I am today, but I’m so grateful for the choices I’ve made,” she says.

She can now say she’s thankful for the unexpected turn in that “can I have a raise?” conversation.

“When I check my Timehop, I’m reminded that things didn’t go as planned—but I wouldn’t change it,” Parrish says. “Yes, that ‘can I have a raise?’ conversation was painful in the moment, but it helped me know my true worth.”

Read next: How to Quit Your Approval Addiction (Especially at Work)

In Partnership With Timehop
Timehop is an app that helps you celebrate your best photos & memories from the past, every day.
Join the Shine Squad
Get real-time advice, lift up others, and feel connected to kind, motivated people across the world.
Join and Get 40% Off