The Freedom in Saying 'Goodbye' to What Doesn't Serve You

Have you ever been in the car and started singing so loud that you forgot other people could see you and possibly even hear you?

I remember when I first heard Beyoncé's “Best Thing I Never Had." When I reached the part where she says, “Thank God I found the good in goodbye," you would've thought I wrote the song the way I belted it out. I can remember a time when I thought I couldn't live without a certain someone, or when I doubted another door would open after another door had closed.

I'll never forget when I was in college and I went through a terrible breakup. I found out my ex had been cheating on me. I was so hurt and distraught that I actually called my mom crying and sobbing and told her, “I'm sorry for not always listening and for not always taking your advice." I couldn't stop crying, and I was so depressed that one day I literally quit my job, drove home to my mom's house, and stayed there for about a week.

There was another time a few short years ago when I was dealing with a difficult situation as it relates to my career. My work environment was toxic and I found myself dealing with extreme anxiety, and I even experienced a panic attack. Funny thing is, they offered me a promotion with a significant pay increase and I turned it down. I basically told them, “Bye, Felicia" and accepted a new position with a different company and made a lateral move instead. Some people thought I was crazy for turning it down, but for me at that time, peace of mind was more important than the number of zeroes on my check. 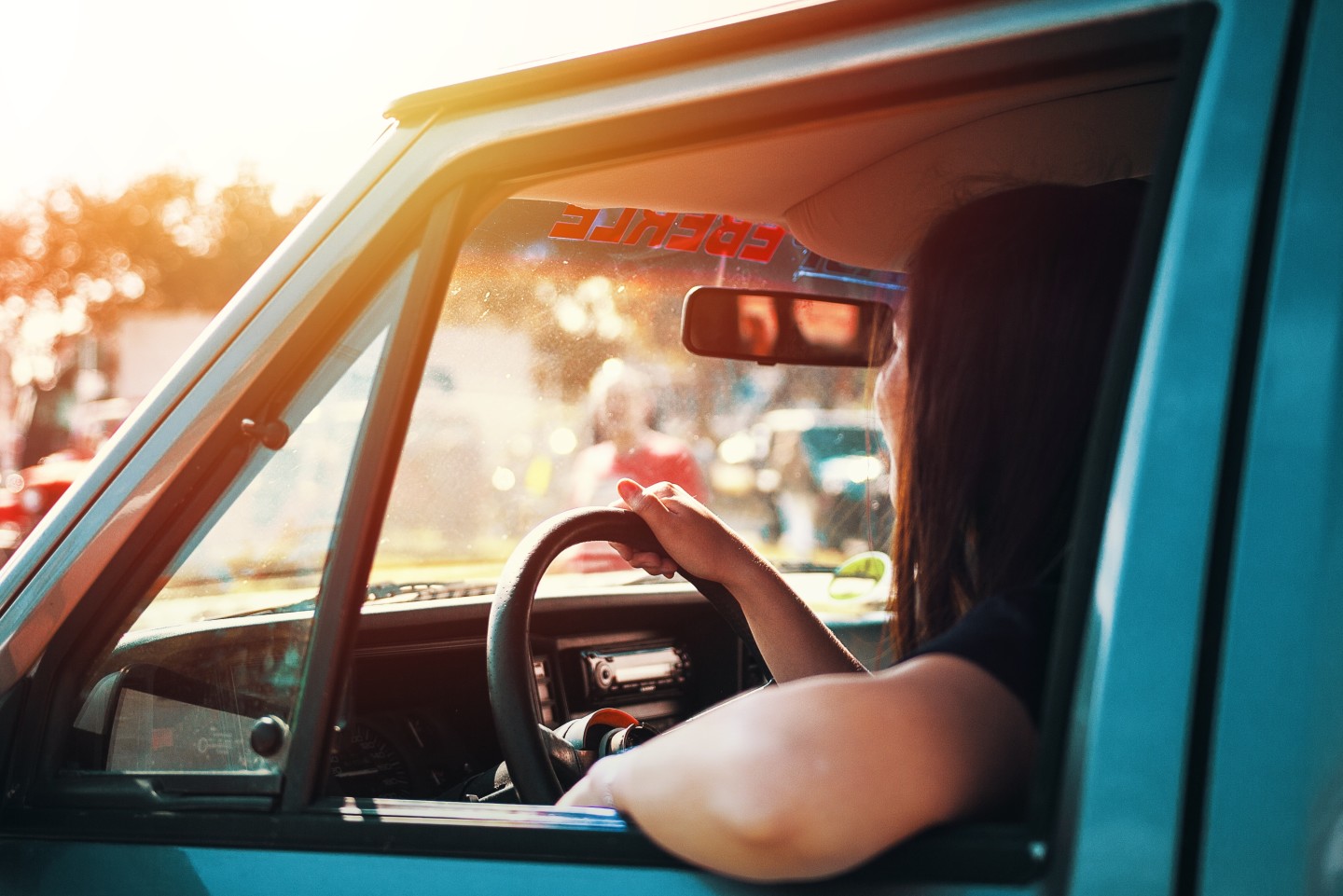 What's interesting now is when I look back at those dark times in my life, I realize what I once thought I wanted was exactly what I didn't need. There's a liberating feeling knowing that what you once thought was the best thing in your life became the best thing when it was actually removed from your life. What's also freeing: When we release something we felt obligated to hold on to, like a negative self-belief or shame over a mistake we made, and let ourselves move forward without that thing that doesn't serve us. Even though we may experience bad situations, we can still find the good in goodbye.

But it's easier said than done. Some of us struggle with moving forward because all we can see is what we left behind versus what lies ahead. We're focused on what we lost instead of what we stand to gain. But sometimes, the very thing we are holding on to is the very thing that is holding us back. I've definitely learned how to find the good in goodbye, and I want to encourage you to do the same.

Keep in mind, when I refer to the term "goodbye," I'm referring to the relationships, jobs, careers, negative thoughts, or even dreams that have ended suddenly or aren't worth carrying forward.

Whatever it is you're struggling to cope with or move forward from, here are three ways I find the good in goodbye:

1. Open Your Heart and Mind to Something Greater 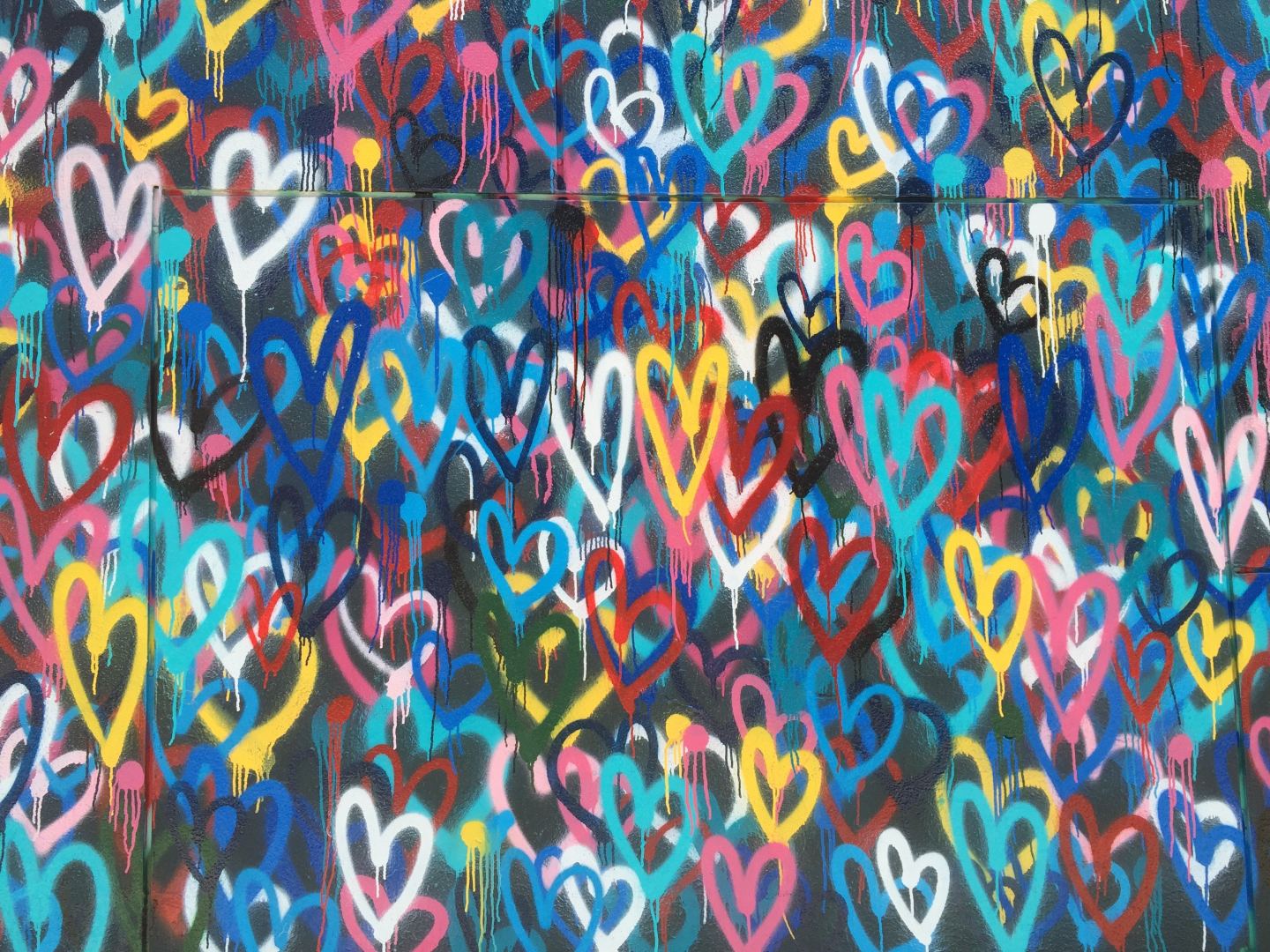 Just because something has ended doesn't mean we won't have the chance to experience something greater. Every now and then, certain things have to end in order for something bigger and better to begin. Yes, it's hard when things go awry or relationships end and we have to take a moment to deal with the pain and release a good cry, but we can't stay there forever. We have to pick ourselves up and keep moving.

Every now and then, certain things have to end in order for something bigger and better to begin.

Had I stayed crying and complaining over my past breakups and situations, I never would have been open and available to receive the love from my husband. Had I not said goodbye to them, I wouldn't have been able to say hello to him. Had I settled for convenience, chaos, and toxic environments, I never would've stepped out on faith and fought for something better.

Just because you haven't met “Mr. Right" doesn't mean it will never happen. Just because you hear 10 “No's" doesn't mean you'll never hear a “Yes." I'll never forget when my husband was laid off during our first year of marriage. Even though it was a tough time, he never gave up. He always believed there was something greater coming not only for him, but for us as a family, and everything he believed would happen for us has come to fruition.

When things don't necessarily go as planned, we have to trust that something greater is on the horizon.

2. Observe the Greater Purpose and Focus on What’s Important 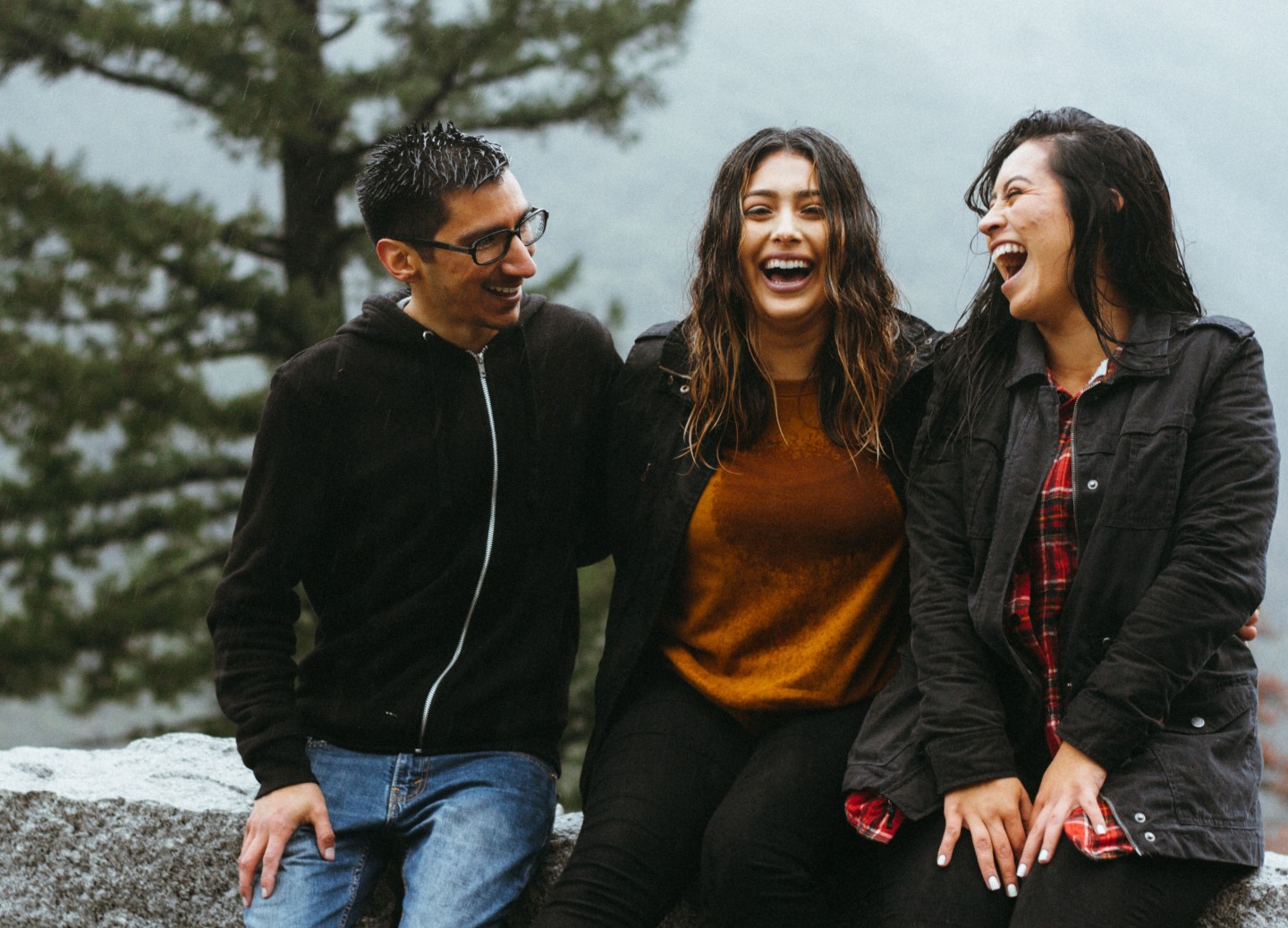 I truly believe we all have a purpose, and at times, the culmination of one thing can lead to the birth of so many more things not only in our lives, but in the lives of others as well. What's more encouraging than being able to help or encourage someone who is going through something you already overcame?

I understand now more than ever that all of the so-called breakups, disappointments, and failures I experienced in the past actually prepared me for this moment–to help someone else who may be going through similar situations. Our tests form our testimonies.

Our tests form our testimonies.

I have to ask myself sometimes, "What is my attitude in adversity?" because I realize others may be watching and my actions and reactions can influence how they will deal with life's interruptions. So, when things get difficult and when I get discouraged and can't see clearly the good in goodbye at the moment, above all I have to remember my purpose so I can keep going. 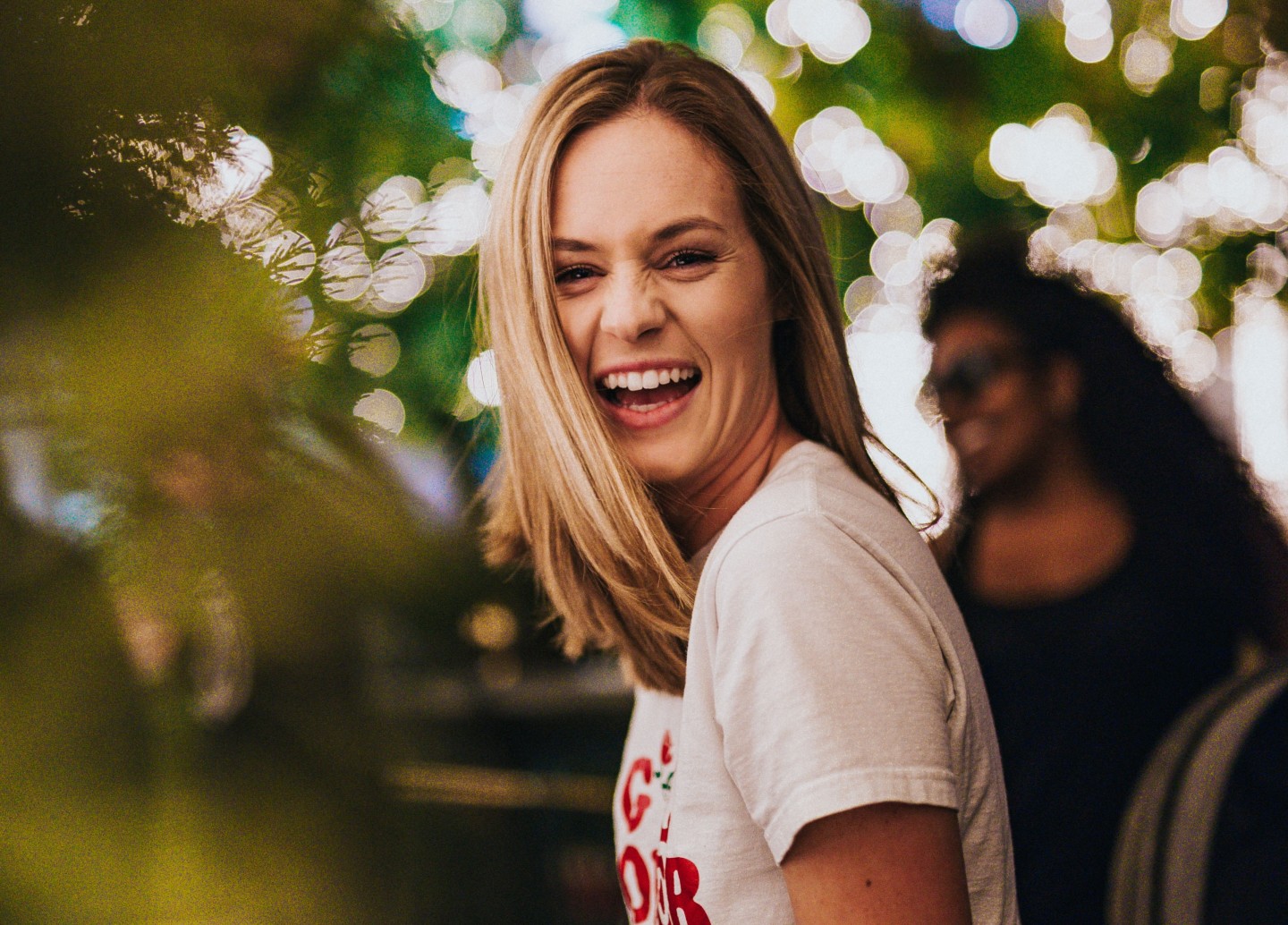 It's funny when we experience break-ups, heartache, or we hear the words “goodbye" or “no," we immediately find ourselves crying and focused more on what could've been instead of what could be. As human beings, it's totally natural, of course, to feel defeated and disappointed. We live, we love, we laugh, and unfortunately we hurt.

But how often do we take the time to rejoice about the potential catastrophes we avoided by choosing a new path? It only takes me a second to think about where I could've been had I done X, Y or Z–had I taken that position or had I stayed with "Tom," "Joe," or "Keith."

Think about how much you could be going through right now had you stayed a little longer or had they not walked away? Think about the job or position you were overlooked for and the long hours you would've spent away from your friends and loved ones had you accepted it. Think about how that one nagging thought could still hold power over you, had you not released it.

Like I said earlier, there is a liberating feeling knowing what you used to hold so tightly ended up being something you could actually live without. Everything runs its course. If certain things and situations had not ended when they did, they could have very well prevented us from living life to our full potential. That's the victory!

This article first appeared on xoNecole and is published on Black Girl in Om.

Read next: How I Trained Myself to Worry Better

Black Girl In Om
Black Girl In Om promotes holistic wellness and inner beauty for women of color. We encourage self-care, self-love, and self-empowerment for communities of color.
Start your self-care ritual today
Listen to daily meditations and discuss how you’re practicing self-care with a supportive community.
Download now