The 3 Types of Imposter Syndrome—and How to Combat Them

Do you ever feel like you got where you are because of luck? Or that someone might find out you're not nearly as good as they think you are?

Imposter syndrome manifests in all kinds of ways, and in many types of people, no matter their level of success. Your coworkers, the actors who just accepted Tony Awards—maybe even you. If you've ever felt like a fake, raise your hand. (I'd raise mine high, too, but then I wouldn't be able to type the rest of the article.)

It's estimated that up to 70% of people possess some form of imposter syndrome, which is the idea that you might not deserve everything that you have right now.

Certain people might be more susceptible to imposter syndrome. "Individuals who don’t match the majority of a group or culture often feel illegitimate or fake, despite their qualifications and accomplishments," writes Ellen Hendriksen, Ph.D. in Psychology Today, where she also outlines the many different ways imposter syndrome can manifest. (Hint: Feeling like you don't fit in is another major form of imposter syndrome.)

Because imposter syndrome manifests in more ways than one, figuring out yours is the first step in squashing it. It's not easy, but it's definitely worth trying. Here are the different types that might sound familiar to you.

Welcome to the club!

Imposter syndrome can feel like you're pulling the wool over someone's eyes—that you probably don't deserve your new job, or how much money you're making, or any great opportunity that comes your way.

It can stop you in your tracks. It can leave you feeling small. It can make you squish down to fit in a life smaller than the one you were meant to live.

And here's the thing: Your true self may be brilliant, but your imposter self is often always wrong.

Remember that "Nobody knows anything…"

This is a common adage in the film industry, coined by screenwriter William Goldman. But it happens to apply to other industries and facets of life as well: Nobody knows anything. Everyone is operating on some level of feeling like they're out of their depth.

Nobody knows anything. Everyone is operating on some level of feeling like they're out of their depth.

That's hard to believe in a world where perfection—or at least the attempt to attain it—faces you at every turn. This can lead many people, even the most seemingly successful ones, to fall prey to feeling like an imposter.

If you can remind yourself that truly nobody feels like they know what they're doing, you'll start to feel less alone. Even if they seem like they have it all figured out, deep down they've probably been where you are right now.

This is a tricky form of imposter syndrome, and occurs when you achieve something notable and immediately downplay it. Like if you happen to work for weeks on a project and absolutely nail it, but then tell yourself, "My boss was being especially nice today…" or "Well, I got a lot of help."

Those two things might be true. Also true? You worked hard and had the skills to get the work done and you nailed it.

The worst part about saying "It's just luck" is that you're not reaping the long-term benefits of achieving something important to you. In your mind, the success feels like a fluke occurrence that might not be repeated, throwing you back into the imposter syndrome loop all over again.

We often believe our success is luck when we fail to remember the hard work that got us to the end. I'm a big fan of tracking progress, either in a calendar or a to-do list.

We often believe our success is luck when we fail to remember the hard work that got us to the end.

You can make a list yourself and title it: "The Steps I Took to Get Here," and list all the effort you put into your task, whether that's every run you went on before your first half-marathon, or every draft you rewrote of that story you submitted to the literary journal. Chronicling your efforts and reminding yourself of each step will counter any feelings that it was "just luck."

Look, no one wants to look over-eager to accept a compliment, but there's a big difference between downplaying praise and believing that you're not worthy of praise at all.

It's like when someone compliments your shirt and instead of saying "Thank you!" you reply, "Oh, I just dug it out from the back of my closet…also I got it on sale…also it doesn't quite fit right."

You are worthy of a compliment…for your shirt, for a job well done at work, for getting that promotion. Own it.

Saying nice things to yourself more often means that when a positive word or two comes from a stranger, you might be more likely to believe it.

Because you're not an imposter. You're not a pretender. You are where you are for a reason—and it's time to celebrate yourself. 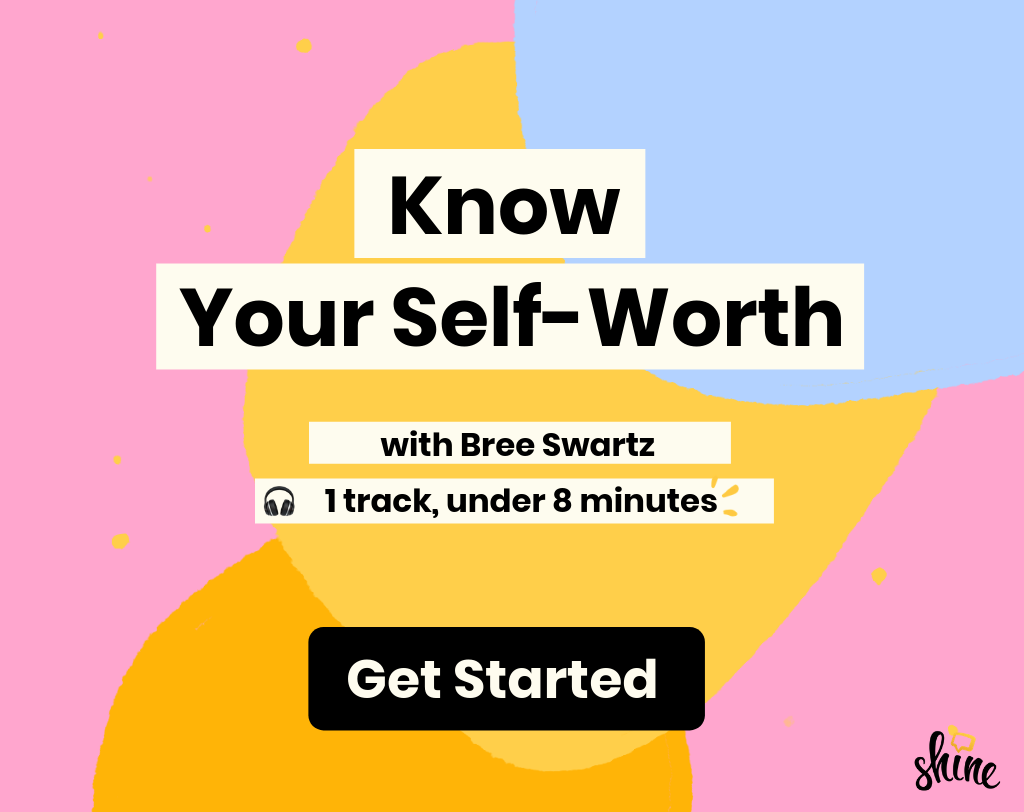