How the 5x5 Rule Changed My Anxiety For Good

I recently stumbled upon a journal I kept after graduating from college years ago. It was exciting to see which goals I’ve met (Host a grown-up dinner party: Check. Get published in a newspaper: Check), but the more I read, the worse I felt.

Sprinkled between the goals and celebrations were dozens upon dozens of concerns big and small, from worrying about my career choice to how much to spend on a friend’s birthday present.

While some of those concerns have hung around (I’m in the middle of a career shift as I type), the majority are so inconsequential that I almost couldn’t believe I’d been concerned. It was alarming to see how much energy and space—literally, when you count the pages—I’d given to problems so far in my rearview mirror I can barely remember them.

What, I wondered, does that say about my concerns now? How could I stop myself from caring about what I’d eventually forget? How could I save all that wasted brainpower—and calm some of my current stress?

It's the trick to breaking out of a worry spiral.

How it works: Pause and ask yourself if what you’re worried about will matter in five years. If the answer is yes, carry on. But if the answer is no, give yourself five minutes to fret, then move on.

Ask yourself if what you’re worried about will matter in five years. If the answer is yes, carry on. But if the answer is no, give yourself five minutes to fret, then move on.

Say you’re deciding whether it’s worth the financial burden to consider going to grad school. Will the decision affect you in five years? Of course it will! Continue thinking it through.

If you’re stressing about skipping your friend’s grad school graduation party, on the other hand? Put a cap on the emotional space you give it. Sure, it could affect you in 5 years—if you blow it off, offer no explanation, and avoid her calls for the next several months. But if she’s a good enough person to count as a friend, she’ll understand—especially when you find your own way to congratulate her.

After talking yourself through it, give yourself permission to let it go.

The 5x5 rule is a two-pronged approach. By thinking long term, you’re putting the experience in context and giving yourself some much needed distance from the issue at hand. How many times have you been distracted from a stressful moment, only to come back and realize you were way overthinking things?

But the 5x5 rule also works by allowing you to spend a few minutes really feeling your feels. When you immediately try to push frustrating emotions away, they only build up further. You may not realize it at first, but that anxiety over whether to block a former friend on Facebook? It’ll stick around and pop up when you least expect it. Spending up to five minutes processing what you’re feeling and why can put those bad vibes at bay.

By thinking long term, you’re putting the experience in context and giving yourself some much needed distance from the issue at hand.

Of course, as much as you try to gain perspective, anything can seem life-altering in the moment.

In those situations, give the 5x5 rule a try, but don’t beat yourself up if your banished thoughts keep creeping back in. The more you practice it, the easier it’ll get.

Read Next: How to Build a Day That Works With—Not Against—Your Energy 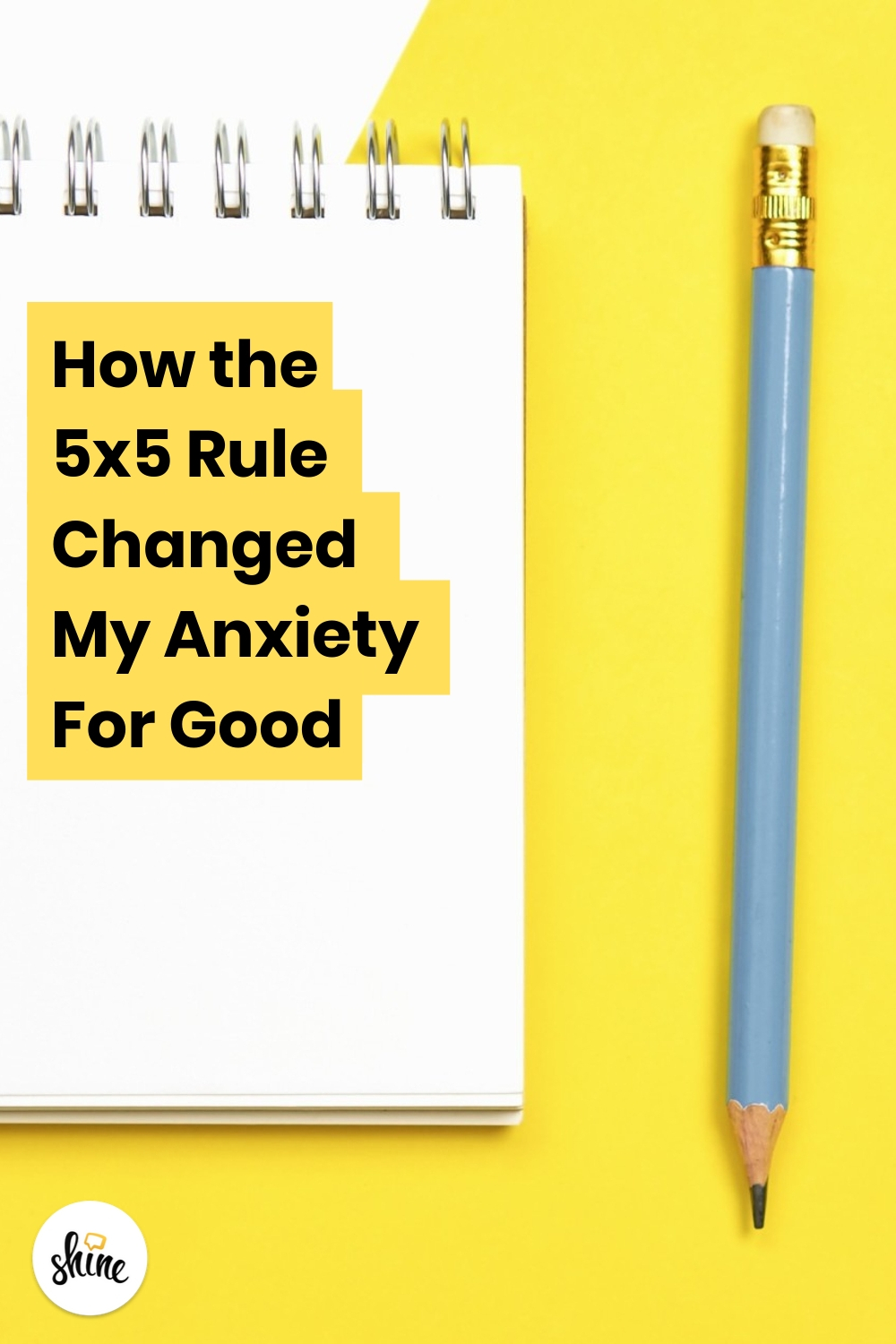