Good and Mad: How to Find Your Most 'Productive Anger'

You could say that anger is having a moment.

From emotionally-charged politics to a slew of new books that look at the change-inducing powers of fury, the fiery emotion has never seemed so popular.

Or maybe, to let writer Rebecca Traister explain it, anger has been here all along, lurking behind most social change—especially when it’s fueled by women.

“In the United States, we have never been taught how noncompliant, insistent, furious women have shaped our history and our present, our activism and our art—we should be,” writes Traister in her new book, Good and Mad: The Revolutionary Power of Women’s Anger, which looks at female anger throughout history and today.

In some cultures, Traister explains, female anger is celebrated as an agent of change in myths, plays, and important stories. In others? It’s often viewed as a weakness, not a strength.

From workplace equality to the right to vote to Time’s Up and the #MeToo movement, women have harnessed their anger to create real change—over and over and over again.

In some cultures, female anger is celebrated as an agent of change in myths, plays, and important stories. In others? It’s often viewed as a weakness, not a strength.

What Traister’s writing about is what you could call “productive anger”—the kind of moral outrage that prompts people to speak out, take action, and force change. It takes something that’s typically corrosive and uses it as a force for progress and growth via civil rights, legislative changes, or even personal development.

Traister’s book looks at female rage, but recent studies have shown that anyone’s anger can be productive.

A recent analysis found that moral outrage, often seen as a roadblock, can actually lead to real, substantive change.

Researchers looked at a variety of studies on anger and social action, and they found that while anger can sometimes pause immediate progress, moral outrage can inspire the angry to take long-term action. “We’re suggesting that…outrage can get you to care, can get you motivated to sign petitions, can get you to volunteer, things which have outcomes that are much longer term than signaling,” writes study co-author Dr. C. Daryl Cameron.

A recent analysis found that moral outrage, often seen as a roadblock, can actually lead to real, substantive change.

Think, for example, of all the social media posts you’ve seen imploring followers to hit the voting booths for the U.S. midterms. They’re likely the result of political outrage, and, yep, they’re leading to some long-term action.

The record-setting number of women running for office this year? Policy changes? Even your cafe bringing back that delicious, temporarily-retired scone? All the result of productive anger.

The study’s findings were nuanced—outrage-inspired social media commenting, for example, can have a negative effect, and righteous anger does not always mean it’s right—but overall, things tipped in favor of getting heated.

Important to note, though: Anger is, unfortunately, perceived differently depending on its sources. In Good and Mad, Traister points to the way that women of color, and black women in particular, can be seen as more hostile and disruptive than their white counterparts when expressing their anger—yet another layer of bias to work against. Her advice based on her research: If someone else judges the way you get angry? Consider it more fuel for the productive fire.

So, how do you harness the power of anger without burning out?

“I’ve been thinking a lot about this,” Traister told the Los Angeles Times. “I wrote a book that’s generally on the side of anger, but it also acknowledges that anger can corrode, it can sap your energy, it can divide, it can create confrontation.”

But while writing her book, Traister says she found that personally, leaning into her anger fueled her.

“Those four months—while enormously stressful, professionally—had comprised one of the physically healthiest periods of my adulthood,” she recalls. “My appetite was healthy; I was communicating well with the people I loved; I was having great sex…There had been something about spending my days and nights immersed in anger—mine and the anger of others—that had been undeniably good for me.”

When she started writing, she had seen anger as dangerous, almost a form of self-sacrifice. After the process, she says, “I confess that I am now suspicious of nearly every attempt to code anger as unhealthy, no matter now well-meaning or persuasive the source.”

Instead, she says, it’s the repression of that anger that can eat away at a person—letting it out just might do the opposite.

How do you navigate the fine line between productive anger and, well, just plain ol’ anger?

One way to make sure your anger is productive is by looking to the future and keeping sight of the potential for change. Translation: Look for ways to create change with your anger, rather than stewing.

The next time you feel that rage, ask, what can I do to fix this? How can I act to make a difference? And what would it look like if this particular policy or situation were to change?

One way to make sure your anger is productive is by looking to the future and keeping sight of the potential for change.

“I think if we didn’t feel optimism at this juncture, it would be very deadening,” Traister told the Times. “And what are we going to do, if we’re not going to keep fighting? I believe that continuing to fight is a moral imperative for those who want to make the country a better and more just place.”

Harnessing anger is a balancing act—just like you march and shout, so to should you take time to reflect and relax. If you find yourself pulsating with physical anger—likely cortisol coursing through your body—try going for a run, or flowing through a calming yoga class. Need a quick fix in the moment? Try a breathing exercise.

The goal isn’t to banish the anger, just to stop it from wearing you out to the point of exhaustion. That way, you can recoup and get back to making a real impact.

Read next: 21 Ways You Flex Your Bravery Every Single Day 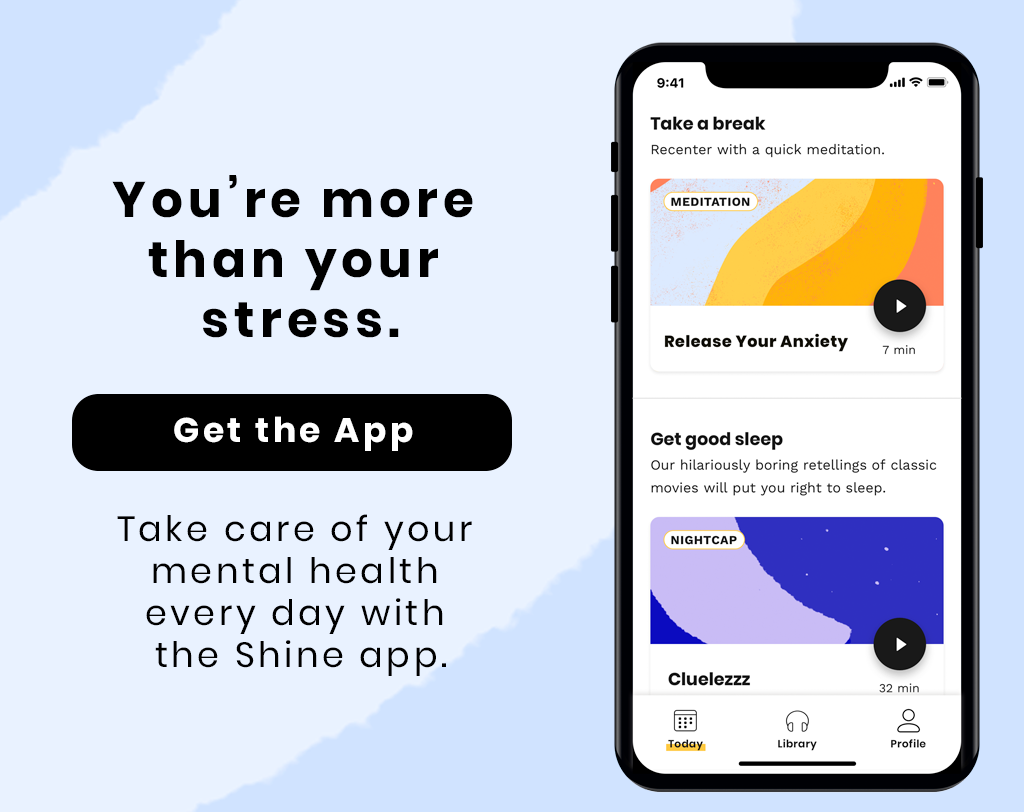