Saying “no” can be really difficult—even for someone like Oprah.

In a recent episode of the New York Times Dear Sugars podcast, Oprah revealed that saying “no” doesn’t come naturally to her. “There is always this innate fear that, if I say ‘no,’ I'm going to somehow be discarded or dismissed or unloved,” Oprah said.

But she’s learned to push past that fear by using her intentions as her compass. Her example (and, yes, it's a very Oprah example): When Stevie Wonder asked her to participate in a benefit concert.

“I thought to myself, ‘What is the intention behind me making this donation?’” Oprah said. “I make a lot of donations. The only reason I would make that donation was so Stevie Wonder would think I was nice.”

She decided to speak her truth and say “no”—and, to her surprise, her world didn’t fall apart. “I said ‘no,’ and I waited for him to say, ‘You nasty person!’ You know what he said? ‘OK, thanks a lot,’” she said. “I thought, ‘OK, that was not as bad as I thought.’ And not only that, I felt powerful doing it.”

It makes sense that getting intentional helps Oprah make better decisions and say “no” with confidence.

We make around 35,000 decisions every day—many of them without even thinking. A lot of our actions are unconscious, or just habitual, according to Anna Rowley, Ph.D., a Washington, D.C.-based psychologist. And a lot of times, we commit to things not because we want to, but because we want to avoid what could happen if we say “no.”

“We’re driven by a desire or need to avoid conflict,” Rowley tells Shine. “We agree to do things to minimize conflict.”

When we get intentional about our decisions, we can make choices that align with our goals. We can truly own our “yes” and our “no.” “You have a choice to act in a certain way,” Rowley says. “And based on that choice, you follow a path that hopefully you’re invested in.”

When we get intentional about our decisions, we can make choices that align with our goals.

Here are two steps to help you make decisions with your intentions in mind.

Step 1: Get in Touch With Your Values

Our intentions are synonymous with our values. First, think about what you value. Maybe it’s authenticity, optimism, openness, adventure, community. (There’s a great list of personal values you can check out here.) Try making a bulleted list or journaling through each value.

“It’s easier to behave with intention and make a choice if you’re clear about what your values are,” Rowley says.

Let’s go back to Oprah’s example: She realized that supporting Stevie Wonder’s concert only aligned with her need to be liked rather than a specific value. So, she said “no.”

Once you know your values, you can use them as a litmus test before you make decisions.

For example: Say you value community. If a friend asks you to volunteer at an event, you can check in with your values and see if it aligns. Volunteering? That’s definitely part of embracing community. It’s a decision you can make with confidence.

Now, say you value solitude and a friend asks you to hit the club every weekend night. That doesn’t really align with your values—and a “no” is probably your most authentic decision.

Start to use your values as your compass, and make sure you're choosing things that serve you and your greater mission.

Step 2: Own Your Choice

We all sometimes make decisions to benefit someone else, but it’s important to remember that you are in charge of your choices.

If someone gets upset by your choice, that’s their choice, just as it was your choice to be honest with them.

Stop holding yourself accountable for how someone else might feel or behave based on something you do. “A lot of us end up feeling almost 100 percent responsible for someone else’s happiness, demeanor, or feelings, so we accommodate those,” Rowley says. “But you don’t have to do that.”

In her quest to own her decisions, Oprah said she learned to set boundaries and to recognize her own “personhood.” She stopped worrying about how people would react, and she started trusting that the right people would support her.

“If a person turns against you because you say ‘no’ to them, you recognize that that wasn't real love anyway,” Oprah said in the podcast. “True love, true friendship, true support comes from people who want you to tell your own truth. They don't want things given to them that don't come from a pure place.”

"True love, true friendship, true support comes from people who want you to tell your own truth."- Oprah Winfrey

Making mindful decisions takes practice—and it requires us to stop ourselves before we blurt out that “yes” right away. Be patient with yourself, but start practicing the next time you’re faced with a choice. Before you know it, you'll be owning your "no" like Oprah.

Read next: How to Guard Your Yes and No to Be More Productive 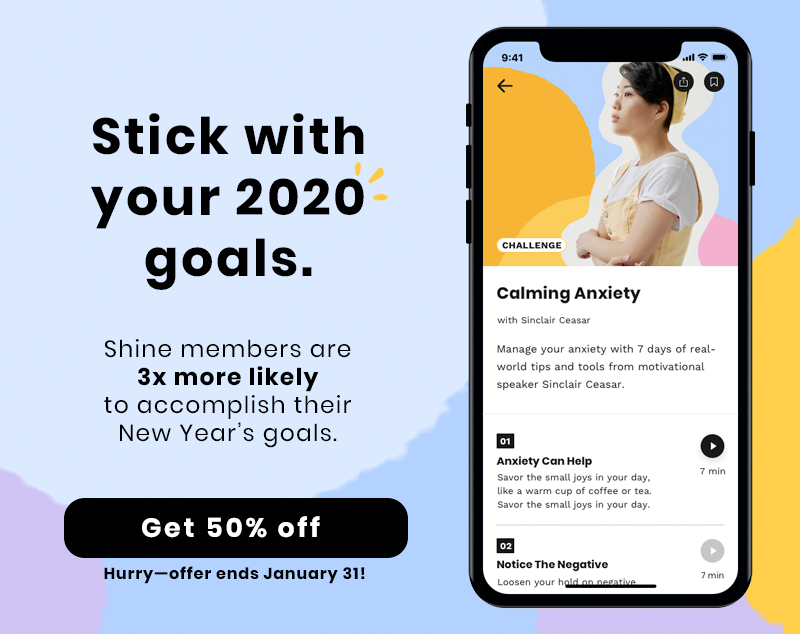