4 Science-Backed Ways to Upgrade Your Self-Talk

I am by far my biggest critic.

Often times, I can get so caught up in my own doubts and negativity that I become stuck—literally or physically.

This happens a lot when I decide to embark on a new set of goals. I may be enthusiastic when coming up with what I’d like to get done, but, prior to diving in, I psyche myself out, either with thoughts of how daunting specific tasks may be or by doubting my capabilities to do and stick with them in the first place.

After having gone through this internal back and forth, I either find myself pushing the task off to where I am miserably rushing through it or simply not doing it at all.

The truth is, whether we like it or not, the person we hear from the most is ourselves. And the words we use as part of that self-talk are much more important than we think.

The truth is, whether we like it or not, the person we hear from the most is ourselves.

In our recent survey of 1,961 Shine members, we found out that the first thing 59 percent of people do when they fall off their New Year’s Goal is begin criticizing themselves.

It’s easy to write off a negative thought as fleeting, or random, but they can add up. What happens when you do something over and over consistently for a certain amount of time? It becomes a habit. And when negative self-talk becomes a habit, it can leave us feeling stuck and unmotivated.

Though it may seem like a difficult habit to kick, it isn’t impossible. You’re never in too deep to dig yourself out of what feels like a self-talk sink-hole.

Here are a few research-backed tweaks that you can practice whenever you’re losing steam:

Instructional self-talk is just that, using your inner voice to guide you through a task. Studies show it can help you stay focused and maintain self-control.

Instructional self-talk can help you stay focused and maintain self-control.

Next time you're tackling something challenging—whether it’s during a workout (lift the dumbbell!), while you're in the kitchen (cut the onions!), or at work (type the numbers!)—try channeling your best sports announcer and turn your self-talk into an instructional play-by-play.

Writing out a list of things you “will” do can be more stressful than helpful. How many times have you told yourself “I will” do X, Y, and Z tomorrow—and when the time came, you didn’t feel motivated enough to follow through?

We’ve all been there—myself included.

Research shows that simply reconfiguring this statement from “I Will” to “Will I” helps surge productivity. Making the task a question helps shape our behavior and increases our intrinsic sense of motivation.

Research shows that simply reconfiguring this statement from 'I Will' to 'Will I' helps surge productivity.

3. Talk to Yourself in The Third Person

Sometimes, we have to step outside of ourselves to truly gain the results we need within. That's why something as simple as speaking to yourself quietly in the third person can make a substantial difference.

A study led by psychology researchers at Michigan State University and the University of Michigan showed that third-person self-talk may lead to more self-control, which is a catalyst for motivation. The study shows that referring to yourself in the third person makes your brain think about yourself the way you think about others, which in turn helps you gain psychological distance from an experience and lets you address it more soundly.

Personally, this tactic has helped me a lot.

When I was diagnosed with anxiety disorder several years ago, my psychiatrist suggested I take up some new hobbies to help improve my mood and calm my stress levels in addition to the medication I was prescribed. I lived around the corner from a Bikram Yoga studio and figured, why not give it a try?

But when the 108-degree heat in the yoga studio hit me, I realized very quickly that it wasn’t as easy as I thought it would be. I struggled through poses and coping with the heat to where I felt like giving up. That's when I started to tell myself, “Come on Aisha, you can do this—push through.” The heat became less of a factor and, instead, I focused more so on the words I was telling myself to keep going.

This relates back to the saying that it’s easier to give advice to others than to use that advice for ourselves. When we aren’t as emotionally attached to a situation, we’re likely to look at it in a more reasonable way, which can, in turn, make us feel less anxious and more motivated in the situation.

4. Tell Yourself: I Can Do Better

Sometimes you just need to say it outright, “I can do better,” and you will.

A study involving numerous motivational techniques proved that positive self-talk, specifically the phrase “I can do better,” resulted in the most success across participants. How: When faced with a task, those who said to themselves “I can do better next time,” showed more improvement than those who used imagery (imagining yourself trying again and succeeding) or if-then planning (telling yourself “if I do this, then I will win”) techniques.

By saying 'I can do better' to yourself over and over in times of adversity, you will begin to not just understand it intellectually but also believe it.

By saying “I can do better” to yourself over and over in times of adversity, you will begin to not just understand it intellectually but also believe it.

Here's to more self-talk that serves you.

Read next: The Sneaky Way Negative Self-Talk Can Feel Productive 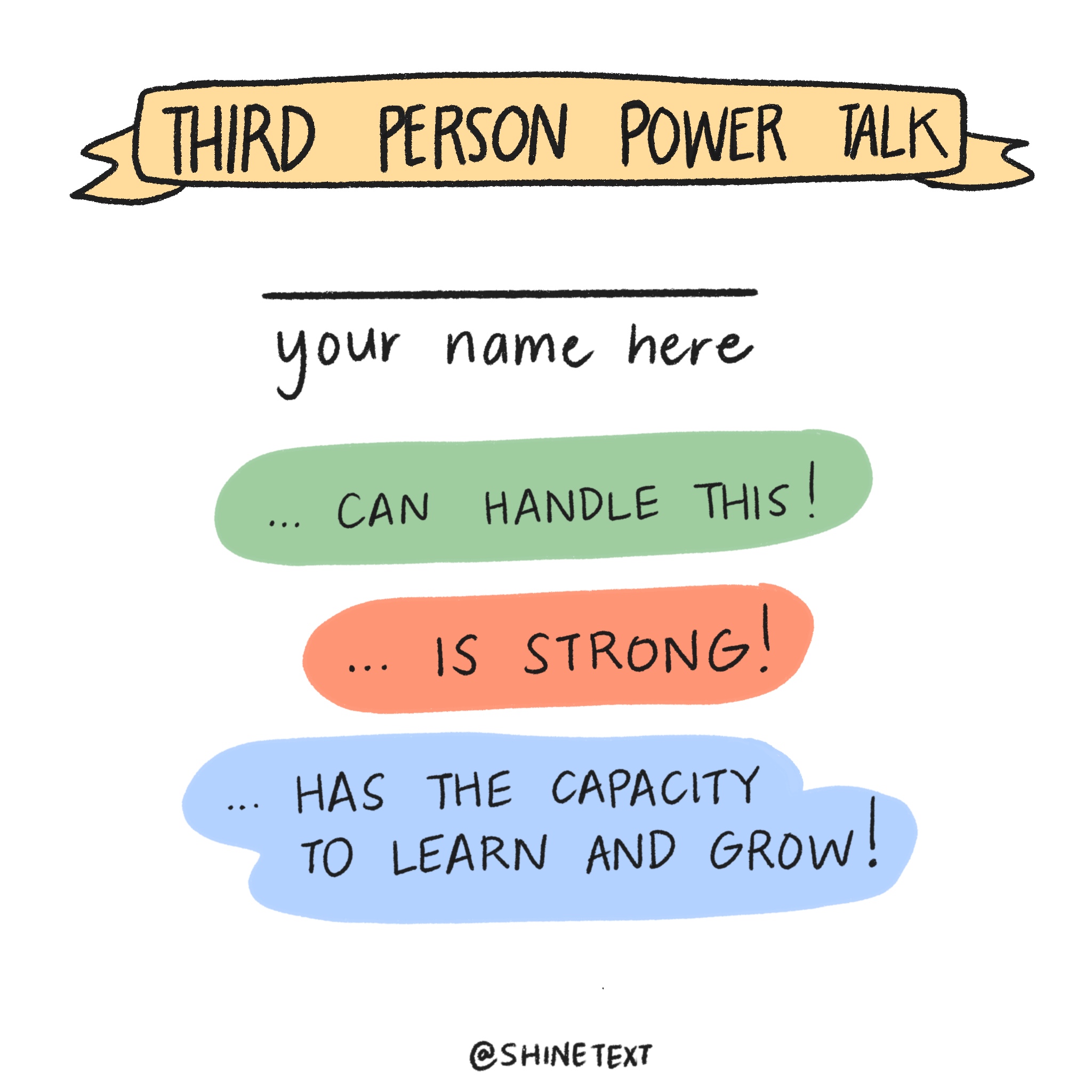 Aisha Beau
Aisha Beau Johnson is a writer and founder of AishaBeau.com, a digital destination highlighting all things self-care for women of color. She specializes in covering beauty, mental health and wellness topics, highlighting the importance of internal and external wellbeing.
Start your self-care ritual today
Listen to daily meditations and discuss how you’re practicing self-care with a supportive community.
Download now